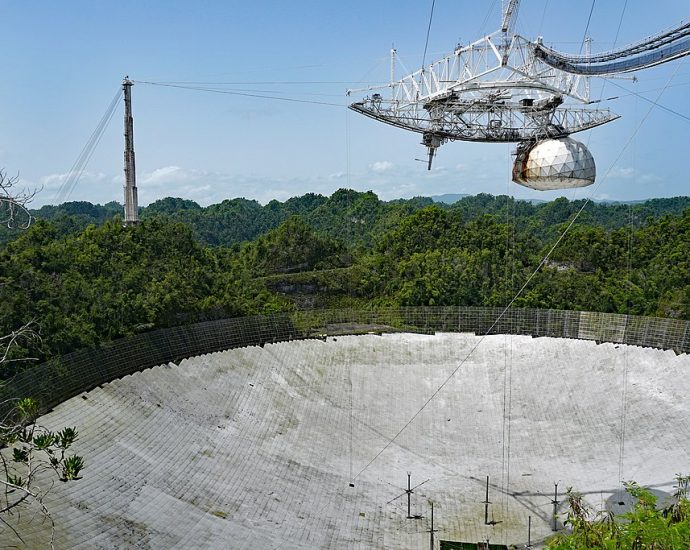 The National Science Foundation (NSF) has announced that the iconic Arecibo radio telescope has been slated for demolition, following a structural assessment that found that the structure is structure is “currently at risk of an unexpected, uncontrolled collapse,” according to the director of NSF’s Division of Astronomical Sciences, Ralph Gaume. END_OF_DOCUMENT_TOKEN_TO_BE_REPLACED

In a recent interview with CNN, John Podesta reiterated the intentions regarding UFO disclosure stated earlier by Democratic presidential candidate Hillary Clinton. Clinton had previously pledged that, if elected president, she will obtain and declassify as many records as the federal government has available.

Podesta is currently Clinton’s campaign chairman, and says he intends to hold her to her promise of disclosure if she is elected. He also feels the public is ready for disclosure: "The U.S. government could do a much better job in answering the legitimate questions that people have about what’s going on with unidentified aerial phenomena, and the American people can handle the truth, so they should just do a thorough search, and open it up."
END_OF_DOCUMENT_TOKEN_TO_BE_REPLACED