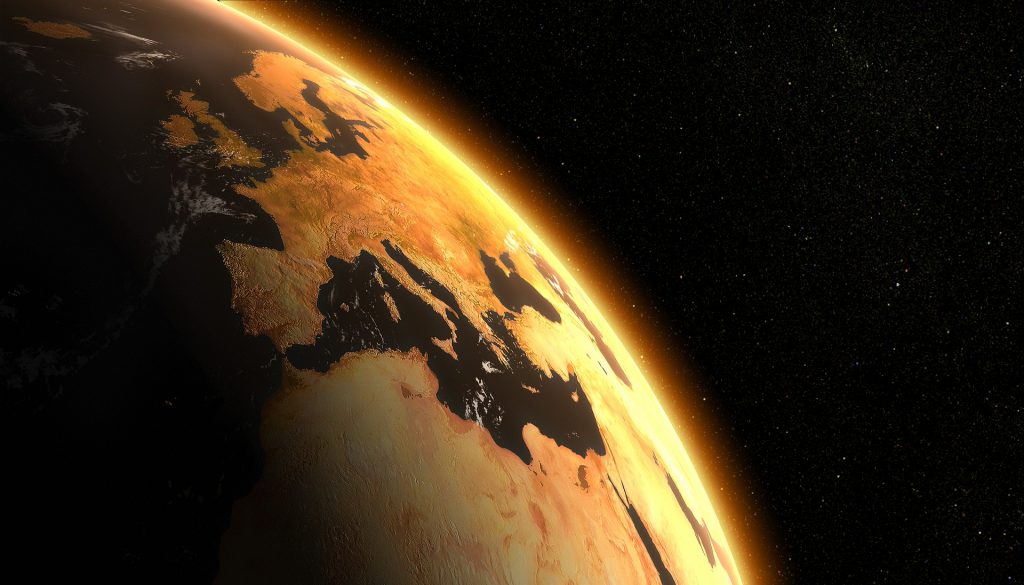 A new study says that climate change “may have played a key role” in triggering the COVID-19 pandemic that has gripped the planet for more than a year now. According to the study, global warming has prompted major changes in the forests of Southeast Asia, resulting in a dramatic expansion of bat species in the region, creatures known to carry thousands of different types of viruses. As both human and bat populations continue to spread, this collision of species may cause more frequent outbreaks and pandemics in the future.

When these maps were compared to the present-day distribution of bat populations it revealed an explosion in the number of bat species in the forests of southern China, Myanmar and Laos—ground zero for many of the major viral outbreaks that have occurred over the past few decades.

The study says that the vegetation that comprises southern China’s forests has been affected by increases in temperature, sunlight and carbon dioxide, all factors that affect the growth of trees and plants; these factors have transformed tropical shrubland into tropical savannah and deciduous woodland over the past century, environments more favorable to bat species.

“We estimate that, over the past century, climate change caused a significant increase in the number of bat species in the location where SARS-CoV-2 likely originated,” according to Dr. Robert Beyer, lead author of the study and a researcher at the University of Cambridge. “This increase suggests a possible mechanism for how climate change could have played a role in the origin of the pandemic.”

Bats are a prolific reservoir of viruses, with some species of bat carrying thousands of different types, including the viruses most closely related to the SARS-CoV-1 and SARS-CoV-2 coronaviruses, the viruses responsible for the 2003 SARS outbreak and the current COVID-19 pandemic, respectively; the genetics of the SARS-CoV-2 coronavirus, for instance, has a 96 percent similarity to the RaTG13 virus that infects horseshoe bats found in China.

Combined with the continuing encroachment of human populations on their habitats, the spread of these bats’ preferred environments is increasing the likelihood of the outbreak of zoonotic diseases—diseases that make the jump from animal to human—much more common.

“If bats carrying around 100 coronaviruses expanded into a new area due to climate change, then it would seem likely that this increases, rather than decreases, the chance that a coronavirus harmful to humans is present, transmitted, or evolves in this area,” explains Dr. Beyer.

Subscribers, to watch the subscriber version of the video, first log in then click on Dreamland Subscriber-Only Video Podcast link.
2021-02-09
Previous Headline News Post: A Nearby Star System’s Orbital Resonance Causes Five Exoplanets to Dance
Next Headline News Post: Enjoy a New Recording of the Sound of an Ancient Conch Horn