105,000 Year Old Calcite Crystals from the Kalahari Desert Upends Theories of the Origins of Human Culture 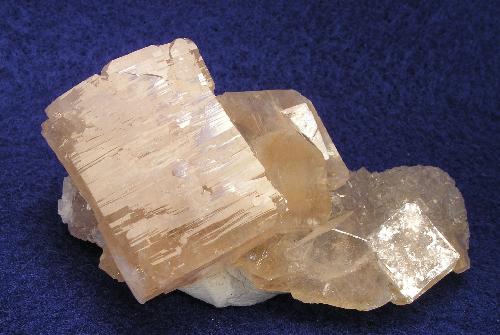 A crystal collection dated at 105,000 years old was recently unearthed at a sacred site in the Kalahari Desert; upending our present-day understanding of the origins of human culture.   It was previously assumed that inland cultures were less progressive than those on the coasts.

Using optically stimulated luminescence dating techniques, an international team of researchers excavating the Ga-Mohana Hill North rock shelter at the edge of South Africa’s Kalahari Desert placed the 22-piece collection of calcite crystals as having been brought to the location 105,000 years ago.

“There’s no geological reason for those crystals to be there and yet there’s 22 of them,” explains study co-author Benjamin Collins, a researcher with the University of Manitoba’s Department of Anthropology. “So that is a pretty good indicator that past people, 105,000 years ago, were bringing these crystals to the site,” Collins continues. “The big question is, why were people bringing calcite crystals here? They serve no technological function and would not help with survival, yet they had some sort of importance, so this symbolism suggests culture. It is an indicator of complex thinking. It really changes how we view the story of human evolution.”

The symbolic importance that may have been placed on these crystals by whoever collected them has an added layer of remarkability, considering that the Ga-Mohana Hill North Rock shelter is still considered a sacred site to this day, over 100 millennia later.  The site is considered to be part of a network of sites associated with the Nnoga ya metsi (Great Water Snake), a mercurial shape-shifting entity. But the far-inland location of this collection of crystals—roughly 670 kilometers (416 miles) from the nearest coast—is also causing researchers to reconsider our assumptions regarding where human culture originated.

The majority of symbolic artifacts, dating from about the same time, have been discovered at coastal sites in South Africa, leading researchers to believe that the genesis of human culture started with people living by the sea.

“At coastal sites, the earliest evidence for this kind of behavior dates to about the same time, 105,000 years ago,” explains study lead Jayne Wilkins, with Griffith University’s Australian Research Centre for Human Evolution. With the dates between the coastal sites and the far-inland Ga-Mohana find being so close “this suggests that early humans in the Kalahari were no less innovative than those on the coast.”

Other artifacts recovered from the site included animal bones that showed signs of tools having been used on them to extract the marrow within.  Ostrich eggshells were also found—a rare find for a site of such deep antiquity—that had been heated to at least 300°C (572°F); the research team is unsure of their purpose.

“We’re not sure how the ostrich eggshells were used, potentially they could have been used as containers, but we aren’t sure,” according to Collins. “Either way, it’s something that someone 105,000 years ago used and there is this tangible connection to the past. It’s just really, really cool and it’s a big privilege to be able to contribute to telling this story and sharing this information with others.”