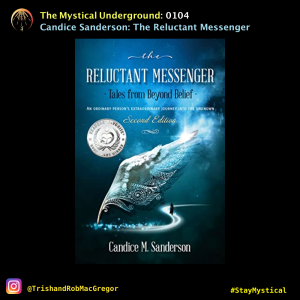 Join Trish and Rob for a conversation with…

Candice M. Sanderson lives in Naples, Florida. Her life changed in a ten-minute period in August 2013 when she began to receive information from messengers from other-worldly sources. When her training as a psychologist failed to explain these events, she reluctantly followed the breadcrumbs down a path which resulted in extraordinary adventures into the unknown. psychologist and The Reluctant Messenger Returns chronicle her expedition across a vast expanse of universal consciousness that led to new truths about life that she thought she had known so well.