The Science Behind Washing Your Hands: A COVID-19 Soap Opera 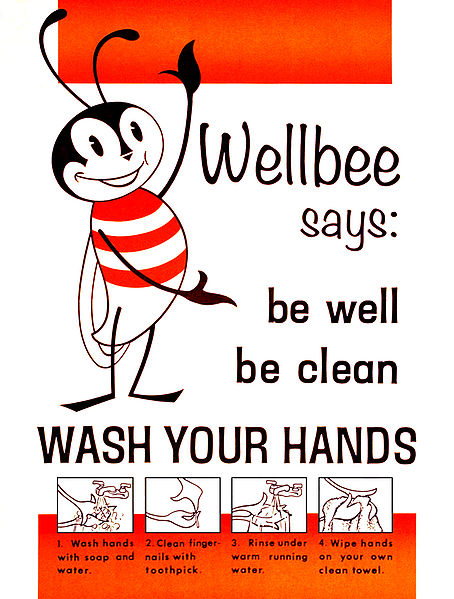 By now, we’re all familiar with the common refrain: wash your hands, and frequently. 20 seconds of washing one’s hands with a good lather of soap, along with a healthy dose of social-distancing, has been touted as one of the most important tools in combating the spread of COVID-19, a disease now responsible for 95,000 fatalities worldwide, with 16,300 of these deaths having already occurred in the United States alone. But how effective is the practice at ridding one’s mitts of the deadly pathogen? When one looks at what’s actually going on with the chemistry of a good scrubbing, it turns out that the soap not only mechanically washes the pathogen away from your hands, it also actively destroys the virus at the molecular level.

As a biological entity, a typical virus has a fairly simple structure, consisting of a package of genetic material encapsulated in a viral envelope. This envelope is primarily made up of lipids, a type of biomolecule that includes the more familiar fats and oils found in our foods. And just like the oils and fats left on your dinner plate after a meal, these lipids, forming a structure called a “lipid bilayer” as the virus’s shell, can be dissolved with ordinary soap.

At the molecular level, the active ingredient in soap and other detergents is a substance called an emulsifier, a chemical that allows two otherwise immiscible liquids, such as oil and water, to mix together.

When a virus is exposed to these emulsifiers the chemical causes the viral envelope to dissolve, spilling the virus’s RNA out into the elements; without the viral envelope to allow the virus to merge with a potential host cell, the free RNA itself cannot cause an infection, and degrades rapidly in the environment.

Alcohol-based hand sanitizers, on the other hand, attack viruses from a completely different angle: the lipid bilayer of a virus supports a number of protein-based structures, such as the glycoprotein mechanisms that facilitate the attachment of the virus to a host cell to begin with, including the “spike proteins” that give coronaviruses their distinctive crown-like shape.

Chemically, the alcohol found in common hand sanitizers “denatures” the structure of the proteins that make up these structures, meaning that it alters the arrangement of the atoms in the molecules so that the resulting formation can no longer function. This disables the functions of structures like the spike proteins, used to attach the virus to a host cell, and other glycoproteins that are part of the structure of the viral envelope itself.

This protein denaturation is most effective when a small amount of water is mixed with the alcohol, hence the recommendation for hand sanitizers with an alcohol content between 60 and 80 percent to be used: if the concentration is too low, the alcohol will be too dilute to be effective, and too high a concentration will impede the chemical reaction.

Scrubbing with soap and water is still preferred to using alcohol-based hand sanitizer for a number of reasons, such as its ability to deluge the washer’s hands entirely with the active agent, and being able to physically wash the microscopic detritus away in the subsequent rinse. This level of coverage is hard to reproduce with hand sanitizer, especially as the chemical needs to sit on one’s hands for a brief moment to allow time for the chemical reaction to unfold. Ultimately, when out-and-about it can be difficult to find proper hand-washing facilities, so using a hand sanitizer is the next-best solution in ridding one’s hands of a potential contagion.

Subscribers, to watch the subscriber version of the video, first log in then click on Dreamland Subscriber-Only Video Podcast link.
2020-04-09
Previous Headline News Post: New Whitley’s Journal: Between a Very Hard Rock and a Very Bad Place
Next Headline News Post: The Importance of Face Masks or: How I Learned to Stop Worrying and Love My DIY Respirator