The Day After the Singularity 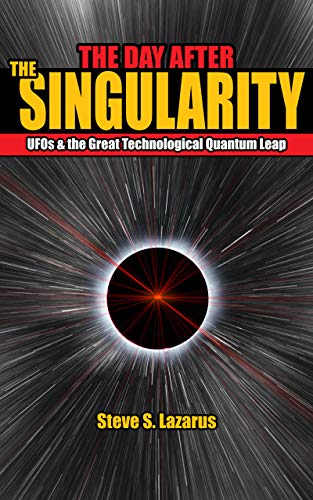 Once a civilization develops computing it’s on the fast track to a transcendent evolutionary event called the technological Singularity. Computing power doubles roughly every two years, speeding us faster and faster towards a singular point in time when artificial intelligence exceeds human intelligence. Futurists tell us no one knows what life will be like after the Singularity, when humanity merges with its artificially intelligent devices, but they’re wrong.

UFO witnesses and so-called alien abductees have seen and experienced what this world is like. The world they describe includes direct mind-to-mind communication, free energy, field propulsion, interstellar migration, out-of-body travel and the holy grail of immortality, all made possible by wondrous and magical technology. Futurists imagine we will be the first to achieve such god-like powers, but the day after the Singularity the unacknowledged will no longer be deniable and we will discover that we are part of this ‘post-Singularity’ civilization that occupies the Milky Way Galaxy. The proof is in the stars.