Asteroid 1998 QE2 passed within 3.2 million miles of Earth, and as predicted, continued on its way. The asteroid, nearly two miles in diameter, came complete with its own tiny moon in orbit around it. While this one was not a danger to Earth, should an object as large actually hit our planet, the devastation would bring mankind and probably all other animals, if not most life, to an end.
END_OF_DOCUMENT_TOKEN_TO_BE_REPLACED

Alex Hearn and a friend found an enormous toenail in an area frequented by bigfoot. They sent it to a lab and were told that it was human. The problem is, it’s size was such that whoever it had belonged to would have to be over seven feet tall. Next, they sent it to Dr. Melba Ketchum of the Sasquatch Genome Project who got some very different results. And there the controversy began as debunkers, skeptics and deniers leaped on the story from literally every direction, questioning the study, the honesty of Dr. Ketchum, the validity of the evidence until the whole thing became a screaming maelstrom of confusion and denial.
END_OF_DOCUMENT_TOKEN_TO_BE_REPLACED 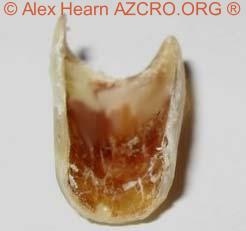 FREE STREAM PLAYING AS OF 05/31/13 1:50 PDT. Last fall, the discovery of Bigfoot DNA was announced. Where are we now with this? Is it true, a mistake, a hoax or just being ignored by science because it flies in the face of expectations? This week on Dreamland, we talk to Alex Hearn of Azcro.net who provided some of the material that was originally used in the study. But that’s not the whole Alex Hearn story, by any means. He’s one of those researchers who not only seeks the strange, the strange seeks him back! END_OF_DOCUMENT_TOKEN_TO_BE_REPLACED

The spring of 2013 will be the coolest in 50 years in the British Isles. Two days ago, many parts of Upstate New York experienced a snowstorm, extremely rare for late May. At the same time, the Russian Arctic Station is being evacuated because the ice floe it is sited on has started melting much earlier than expected. So what’s happening? Why are the mid-latitudes unseasonably cold when the arctic is warm? END_OF_DOCUMENT_TOKEN_TO_BE_REPLACED