Have you seen an owl in your yard lately? Arctic Snowy Owls are moving south into the lower 48 states in numbers never before witnessed. A leading researcher has called the numbers "unbelievable." Most of the birds are younger owls, and it is believed that the migration is being caused by a fundamental failure of food supplies in the rapidly changing Arctic. The birds feed on lemmings and other small rodents.

They are known to engage in southerly migrations like this when prey is scarce, but the scale of what is happening now is completely unprecedented. It suggests that there has been a basic failure of the food chain in the high Arctic, probably due to Arctic melt..
END_OF_DOCUMENT_TOKEN_TO_BE_REPLACED

American blacks searching for their African roots are finding it’s not so easy. In the January 27th edition of the New York Times, Edward Rothstein says, "The astounding thing about American slavery is not that it existed–the enslavement of one people by another may be one of history’s universals–but that it persisted. It lasted into an era when its absence could be imagined and its presence could become an outrage."
END_OF_DOCUMENT_TOKEN_TO_BE_REPLACED

In the January 27th Dreamland, Linda Moulton Howe reported on one of the great close encounter experiences of all time, which happened in Utah just a few weeks ago. Her interview with the witness contains what might well be the single most useful message ever transmitted out of the experince, about who our visitors are and how we may find our way with them. The material is deeply familiar to Whitley Strieber, and here he shines what is probably as bright a light as has ever been shone on the inner truth of contact and what we can do within ourselves to be better able to understand it and make use of the message that it is bringing mankind.
END_OF_DOCUMENT_TOKEN_TO_BE_REPLACED 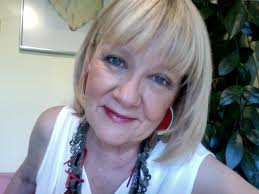 This week’s Dreamland with intuitive Penny Peirce was recorded some months ago and scheduled for this weekend. It turns out that it’s a perfect introduction to our offering for subscribers this week, which is about the vibratory energy that was experienced in the close encounter that Linda Moulton Howe reported on last week on the show.
END_OF_DOCUMENT_TOKEN_TO_BE_REPLACED