Home  »  The Unseen Podcast   »   Terry Lovelace and Evidence of Contact 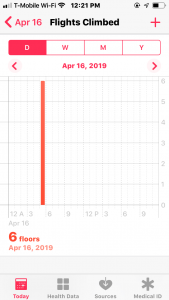 Terry Lovelace has evidence he might have been 60 feet above his house. His iPhone seems to have captured a dramatic change in elevation that coincided with a probable early morning contact experience! He awoke with a racing heart, and it was so severe that he called an ambulance and was rushed to the emergency room. He describes the unsettling clues that emerged after waking in a panic on April 16, 2020. Mike and Terry explore the memories and emotions that come with these experiences. There is also a discussion about the events of 1977, a complex story from the terrifying camping trip in Devil’s Den State Park in Northern Arkansas. This is a follow-up episode after Terry’s appearance on The Unseen in August of 2019. That highly recommended episode is linked HERE.

Here’s a screengrab (left) from his phone, and it shows that he somehow rose up 60 feet above his home.

His 2018 book The Incident at Devil’s Den is available HERE. ANd Terry’s site is HERE.