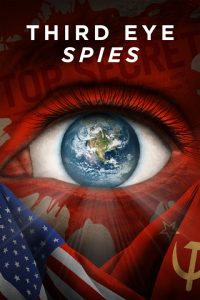 Lance Mangia is the producer and director of the recent documentary, Third Eye Spies. His film explores the hidden history of the secret remote viewing projects that began at Stanford, and continued within the military.

The story follows Russell Targ, a physicist and parapsychologist who was part of the initial team that began the research into using psychic skills as an espionage tool. This fascinating documentary tells the true story of America’s cold war psychic spies, and the powerful work to weaponize the mind.

Targ said, “The evidence for extra sensory perception is overwhelming and shows a talent we all share and deserve to know about. This leaves us not just with a greater understanding of this unique chapter in U.S. history, but perhaps most importantly a greater understanding of who we are and our larger connection to the world. The CIA, NSA and DIA used it, your tax dollars paid for it, and now you deserve to know about it.”

Lance was drawn to the project because of his own fascination with the subject, as well as some powerful personal experiences.