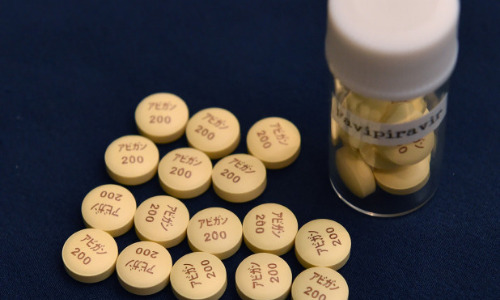 Clinical trials conducted in China have returned promising results for a treatment for patients infected with COVID-19, using an existing antiviral compound that has been used against similar viruses. Typically used to treat new strains of influenza, favipiravir is an antiviral drug produced by Fujifilm Toyama Chemical that has been END_OF_DOCUMENT_TOKEN_TO_BE_REPLACED

It’s Thanksgiving in the US, and for the rest of the world it is never a bad time to give thanks for all of our blessings.
There are many who count vaccines as one of the major blessings of the modern age, as they allegedly save thousands from the threat of harmful diseases.

Yet our confidence in the effectiveness of vaccines is apparently waning; in a survey conducted by the University of Michigan, 74 per cent of American parents said they would remove their vaccinated children from a day-care centre if there was a possibility that they would encounter non-vaccinated children.
END_OF_DOCUMENT_TOKEN_TO_BE_REPLACED

The link between autism and the Measles, Mumps and Rubella vaccine (MMR) has been proposed for years, but has always been emphatically denied by the medical profession.

Many previously healthy children appeared to have developed Autism, a neurodevelopmental disorder characterized by impaired social interaction, verbal and non-verbal communication, shortly after receiving the controversial vaccine, causing serious questions to be asked of organisations such as the Center for Disease Control and Prevention (CDC); however they have always maintained that the link is unfounded.
END_OF_DOCUMENT_TOKEN_TO_BE_REPLACED

Autism is a mysterious and complex disorder, the causes of which are, as yet, unknown. A new study published recently in the journal Nature may have found clues for early diagnosis which could allow doctors to halt or slow down progress of the condition.
END_OF_DOCUMENT_TOKEN_TO_BE_REPLACED