Some of the late Barry Goldwater’s UFO-related correspondence has recently been released, and it makes shocking reading, for a reason that I will detail in a moment. After I read it, though, I found myself thinking about the present state of the UFO mystery, how we have gotten here, and what has been lost.

When Goldwater’s first letters were written, in the late 1960s, it was still possible for respected media to publish UFO stories. It didn’t happen often, even then, but it did happen. Not anymore, and I think that some of Goldwater’s statements, and some things revealed in his letters, tell us why it is that the media and the scientific community absolutely reject the whole subject as nonsense.
END_OF_DOCUMENT_TOKEN_TO_BE_REPLACED 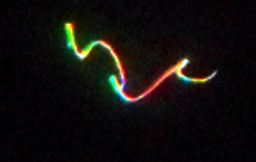 This Dreamland starts out with a stunning report about a UFO sighting in Ontario that is strikingly similar to the  Stephensville, Texas UFO incident of 2008. But then it moves on into one of the most amazing dialogs we have ever broadcast. Listen as Linda Moulton Howe opens up to Whitley Strieber about a conversation she had with a 33 year veteran of the intelligence community who told her that his job for all that time had been to monitor the activities of three alien races on earth, who are not only here but who have been here essentially since the beginning of time. END_OF_DOCUMENT_TOKEN_TO_BE_REPLACED

UFOs are not a recent phenomenon. In fact, they’ve been with us from deepest antiquity, and famed researchers Jacques Vallee and Chris Aubeck have written a powerful new book detailing cases of UFO sightings and close encounters that go back into deepest antiquity. Whitley Strieber says, "the first edition of this book, called Passport to Magonia, completely changed my understanding of this phenomenon. This is mind opening and mind blowing material."

Listen as Whitley interviews Chris Aubeck about his brilliant book. These stories will astound you.
END_OF_DOCUMENT_TOKEN_TO_BE_REPLACED

At 1AM local time on Saturday, January 29, video footage was made by four witnesses from different angles of a UFO appearing over the Dome of the Rock in Jerusalem. It is not clear that all four videos are authentic, but the first, second and fourth can be synchronized in a way that strongly suggests that a real event took place, and an unknown light did descend over the Temple Mount, then ascend at incredible speed a few seconds later and disappear into the sky.
END_OF_DOCUMENT_TOKEN_TO_BE_REPLACED