Beginning in March of 2011, people began posting videos on YouTube of odd sounds that seemed to have no source. I first became aware of them about a month ago, when Anne and I briefly heard one filling the air, a great roaring that died away as suddenly as it had begun. It was just enough to cause us to take notice, but we thought no more of it. A few days later, there was a reporter here interviewing me about Solving the Communion Enigma. The moment he came into the apartment, he asked what the strange noise was. He described it as a sound like a glass harp. We couldn’t hear it at all. He adjusted his equipment, determined that it wasn’t being picked up by his recorder, and completed the interview. END_OF_DOCUMENT_TOKEN_TO_BE_REPLACED

For three weeks, Whitley and Anne Strieber have witnessed strange sounds a number of times, including one ultra-high strangeness incident that took place in their apartment. Whitley has also corresponded with a number of witnesses and verified the authenticity of some of the videos that have been posted on YouTube amid a flood of hoaxes. Here, Whitley Strieber and Linda Moulton Howe discuss the sounds he has heard and researched, and engage in careful speculation about what these sounds may represent.
END_OF_DOCUMENT_TOKEN_TO_BE_REPLACED 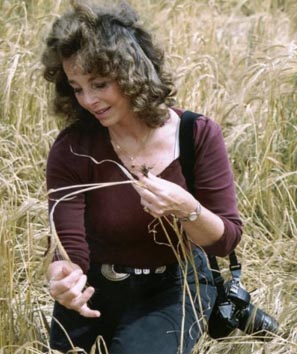 Strange sounds began to be heard in various parts of the world in March of 2011. At first, few people took notice, but the number of reports began to rise more quickly after September, until by Febuary of 2012, there are hundreds of reports, most of them posted as videos on YouTube. A substantial number of these are hoaxes, either using manufactured sounds or simply repeating recordings made by others.
END_OF_DOCUMENT_TOKEN_TO_BE_REPLACED

Here, Whitley Strieber discusses the strange sounds being heard worldwide, as well as those he has personally heard. As he points out in the discussion, a great many of these are hoaxes, and they are of two kinds. The first kind is hoaxes where the sound is actually being generated by the person making the video. The second and more common type is the video where a strange sound has been captured from another video and reposted. People are apparently doing this for fun and, in some cases, to create the impression that the ‘last trump’ of the bible is being sounded and the end of the world is at hand.
END_OF_DOCUMENT_TOKEN_TO_BE_REPLACED