A recent comparison of star catalogues taken nearly two-thirds of a century apart have revealed that our local stellar neighborhood has lost at least 100 stars since the 1950s. The team of researchers that conducted the survey are at a loss as to how such massive objects could simply… disappear. END_OF_DOCUMENT_TOKEN_TO_BE_REPLACED 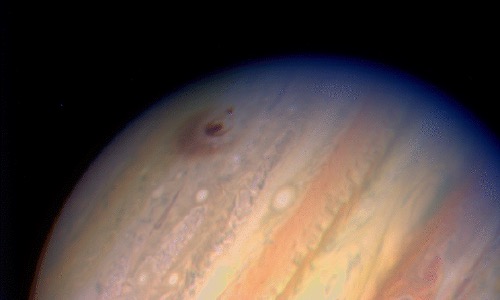 Jupiter has found itself in the spotlight again, this time with news that reports of the demise of its famous Great Red Spot may have been greatly exaggerated, and also that the Solar System’s largest planet may have once again been impacted by a large object that left a bright END_OF_DOCUMENT_TOKEN_TO_BE_REPLACED

Young stars that are just starting their luminous lives are known to give off massive solar flares that can be many hundreds to thousands of times more powerful than the largest flares on record from our own middle-aged Sun. Juvenile stars burst with these “superflares” on a weekly basis, but END_OF_DOCUMENT_TOKEN_TO_BE_REPLACED

A Canadian physics professor claims that he has uncovered evidence of communication from 234 extraterrestrial civilizations, in the form of signals that are encoded in the emanations of stars much like our own Sun.

In analyzing the composition of the light spectra of 2.5 million stars from the Sloan Digital Sky Survey, optical physics professor Ermanno Borra, of Université Laval in Quebec, found patterns in the form of 1.65 picoseconds pulses (just a little more than a trillionth of a second) that existed in the light of 234 Sun-like stars. Borra posits that only extremely powerful lasers can produce such a rapid pattern, meaning that the signals must be artificial in origin.
END_OF_DOCUMENT_TOKEN_TO_BE_REPLACED