Since we last talked to Rand Flem-Ath about crustal shift, Earth’s magnetic pole has begun wandering dramatically, and earthquakes of unknown origin as well as unexplained booms have become commonplace. What does this all mean in terms of crustal shift? Could Earth’s crust be about to actually move on the mantle, dramatically changing the positions of the continents? If so, what would this mean and could we survive it?

Listen as Rand Flem-Ath tells us what his and Rose Flem-Ath’s research suggests happened in the past, and what, exactly, would take place if another crustal shift occurred.

This important interview is a ‘do not miss!’

END_OF_DOCUMENT_TOKEN_TO_BE_REPLACED

The death of the greatest prophet in the Old Testament is shrouded in mystery. Why, and what does this mean to us today? Listen as researcher Rand Flem-Ath, famed for his discoveries about Earth’s crustal shift, uncovers the truth about one of history’s strangest and most important assassinations. A concealed story of betrayal, revenge and murder has been buried within the Bible for centuries. END_OF_DOCUMENT_TOKEN_TO_BE_REPLACED

Do the present strange sounds being heard worldwide and the booming noises Linda Moulton Howe reported on last week have anything to do with a coming crustal displacement? For our subscribers, Whitley Strieber and Rand Flem-Ath explore this and other questions about crustal displacement, magnetic pole shift and ancient calendars. This information-filled program includes provocative proof that ancient Aztec and Mayan calendars did indeed predict epochal historical events, to the day. END_OF_DOCUMENT_TOKEN_TO_BE_REPLACED 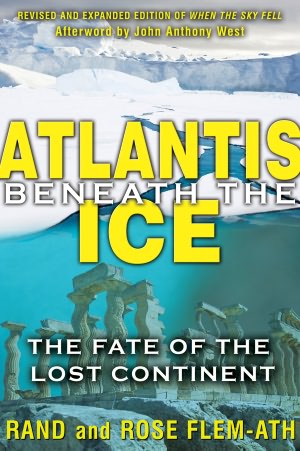