Last November, the Scan Pyramids project unveiled evidence that there is a 30-meter (100-foot) chamber running above the Grand Gallery in the Great Pyramid at Giza. The image of the chamber, produced by muon tomography (basically an x-ray of the pyramid, made using cosmic rays), is unfortunately imprecise, leading to a wide variety of ideas and speculation as to the chamber’s function and what may lie within. One such idea has been put forward by a Italian astrophysicist/archaeoastronomer Giulio Magli, in that it may contain an iron throne for the pharaoh to sit upon, as part of his journey into the afterlife.
END_OF_DOCUMENT_TOKEN_TO_BE_REPLACED

The pyramids of Egypt are some of the most fascinating and enigmatic structures on the planet; to date the secret of their unique construction has yet to be determined.

The pyramids were built using massive blocks of stone, and one of the most unfathomable mysteries is how the early Egyptians managed to transport the blocks across the desert and lift them into place.

New theories are constantly being mooted by experts around the world, ranging from the complex to the fantastic, but a recent study conducted by the University of Amsterdam claims to have discovered a very simple and rather mundane method whereby the ancient people were able to achieve this amazing feat.
END_OF_DOCUMENT_TOKEN_TO_BE_REPLACED 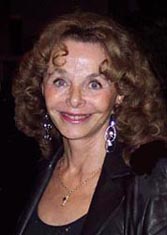 There are many mysteries about Gobekli Tepi, chief among them the fact that its creators expended even more effort to bury it than they did to build it.
END_OF_DOCUMENT_TOKEN_TO_BE_REPLACED

A robot camera has revealed markings inside tunnels beneath the Giza Plateau that have remained unseen for at least 4,500 years. The hieroglyphic symbols are in red paint and may have been made by masons when the chamber was being built, as sort of a "blueprint" written right on the stones.

On CNN.com, Nuala Calvi quotes Egyptologist Peter Der Manuelian as saying, "Sometimes they identify the work gang (who built the room), sometimes they give a date and sometimes they give guidelines to mark cuttings or directional symbols about the beginning or end of a block." Similar markings have been found elsewhere in Giza.
END_OF_DOCUMENT_TOKEN_TO_BE_REPLACED