Pope Francis’s accession to the Throne of St. Peter was announced on the 13th day of the month in the 13th year of the century, at exactly 13 minutes after 8 PM local time. He has come to lead a church swept by scandal and in a state of serious decline in much of the world. The Prophecy of St. Malachy suggests that he might be the last pope, and it may be true that his is the last papacy of the old style, because the Catholic Church is wracked by dissension, drowning in criminality, and so deeply tied to criminal financial activities that it may be unable to extract itself without going bankrupt.
END_OF_DOCUMENT_TOKEN_TO_BE_REPLACED 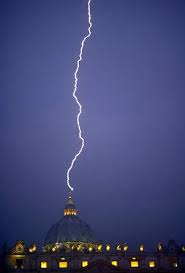 John Hogue predicted the resignation of Pope Benedict when that seemed a precedent-breaking impossibility. Now he opens up as never before about the Vatican, the papacy, the future of the Catholic Church and how it is tied to future of an increasingly uneasy world.
END_OF_DOCUMENT_TOKEN_TO_BE_REPLACED

April 19, 2021
The Unseen Podcast
Richard Dolan and The Alien Agendas
April 16, 2021
Dreamland Podcast
Stories of People Moving into the Past and Future and Why They Might Really Happen
April 9, 2021
Dreamland Podcast
Precognitive Dreamwork: Interpreting Messages from Our Future Lives
April 5, 2021
New Observations
Ed Conroy and The Report on Communion: The Facts Behind the Most Controversial True Story of Our Time (Part 1)
April 2, 2021
Dreamland Podcast
Easter Special: William Henry on the Death of the Soul and the Coming AI Catastrophe