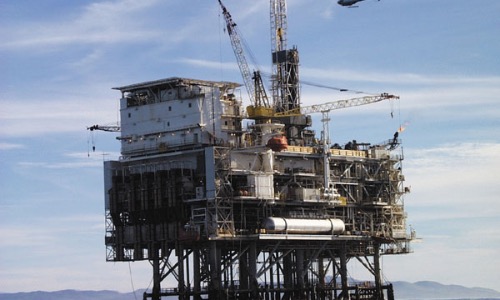 A new report released by the Global Energy Monitor warns that a global increase in the production and use of natural gas could have just as bad an impact on global warming as coal, putting the industry on a collision course with the 1.5°C (2.7°F) target set by the Paris END_OF_DOCUMENT_TOKEN_TO_BE_REPLACED

President Donald J. Trump has announced that the United States will withdraw from the Paris Agreement, the accord forged by the United Nations Framework Convention on Climate Change (UNFCCC) in 2015, with its 195 signatory countries pledging to cut carbon emissions in a effort to limit global warming to no more than 2ºC above pre-industrial levels. Trump says that he plans to halt payments into the Green Climate Fund, and re-negotiate the United States’ place in the agreement, claiming that the deal, as it stands, was specifically made to disadvantage the American economy.
END_OF_DOCUMENT_TOKEN_TO_BE_REPLACED