As hard as it has been to do, I have now watched the video of the murder of George Floyd carefully a number of times. I have watched the movements, or lack thereof, of everybody visible. The facts are well known. Mr. Floyd was handcuffed, thrown to the ground, and END_OF_DOCUMENT_TOKEN_TO_BE_REPLACED 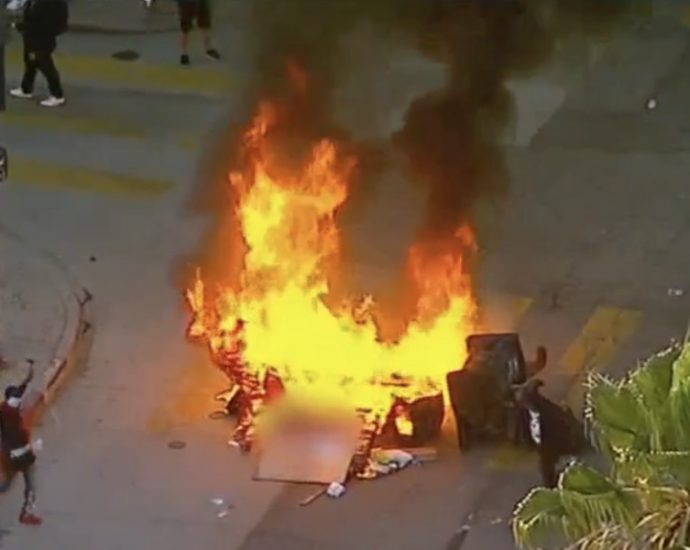 There are riots across the United States, with large crowds from coast to coast protesting the murder of George Floyd during an arrest. Whitley Strieber reports that there is extensive rioting in his town of Santa Monica, California. He states that he is currently safe, but that there is rioting END_OF_DOCUMENT_TOKEN_TO_BE_REPLACED

In the wake of the most recent school shootings in the US, the question left hanging in the air is why these type of incidents – and teenage violent crimes in general – are on the increase.

A recent publication from the Centres for Disease Control and Prevention (CDC), the national public health institute of the United States, stated that

The past week has yielded two more school shootings, and both of the staff members who were killed in the attacks were teachers of mathematics. In Danvers, Massachusetts, a 14 year old boy, Philip Chism, has been arrested on a murder charge after the body of a young math teacher, Colleen Ritzer, was found in a wooded area behind the high school where she worked.

Two days earlier, math teacher Michael Landsberry was shot and killed by a student in Sparks, Nevada. Landberry was an ex-military veteran who had served two tours in Afghanistan with the Nevada National Guard – how ironic that he should survive his military service only to be ‘killed in action’ as an 8th grade school teacher.
END_OF_DOCUMENT_TOKEN_TO_BE_REPLACED