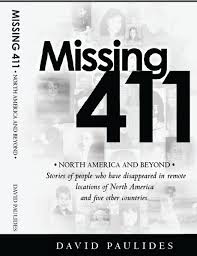 David Paulides has published a new version of his book Missing 411 that extends his research beyond North America, to reveal that mysterious disappearances are a worldwide phenomenon. In this riveting interview, Dave tells us about some new cases he has found, including one from Iceland that is eerily similar to the Indonesian case Alan Lamers described on Dreamland in June of 2010. Together, the two cases, as well as many others, suggests that there could be another species on Earth that periodically takes human beings. END_OF_DOCUMENT_TOKEN_TO_BE_REPLACED

Frightening reality or urban myth? Who are the sinister black-eyed children that are being reported worldwide? They are knocking on doors, rapping on windows, asking to come in. They seem to need an invitation, but why? David Weatherly describes his research into the phenomenon as Whitley Strieber asks, ‘can this be real?’ EXCEPT, Whitley has reason to believe that it may be. It turns out that he has seen such a child…
END_OF_DOCUMENT_TOKEN_TO_BE_REPLACED