Ron Felber, who thrilled Dreamlanders with his terrific interview on the Mojave Incident in September of 2015 returns with a harrowing and fantastic story to tell us about some of the world’s deepest and darkest secrets.

Did you know that half a million children were subjected to creepy personality tests in the 1960s that asked them things like what they thought of their sex organs, and other equally invasive and inappropriate questions?

Where are these children now? More than that WHAT ARE THEY and how might they be endangering us?
END_OF_DOCUMENT_TOKEN_TO_BE_REPLACED 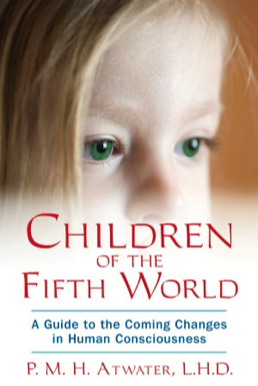 Compared to the average child who was 10 years old in 1930, the average child who is 10 years old today is a genius. The past 30 years have seen a quantum leap in the intuitive, creative and abstract thinking abilities of children as well as an unprecedented rise in ADHD, dyslexia, and autism. In this explosive, important interview, PMH Atwater tells us why. PMH is a distinguished researcher and the author of 15 books including Beyond the Indigo Children and her latest, Children of the Fifth World.

Legendary author PMH Atwater tells how evolution is actually speeding up as the human species strives to create more and more intelligent children, who will be able to understand our situation on earth, and save the race. Then Linda Howe offers a stunner about the mystery of "dark matter," and what the invisible universe all around us may contain.

END_OF_DOCUMENT_TOKEN_TO_BE_REPLACED

P.M.H. Atwater reveals that our ordinary kids of today are walking miracles: near-geniuses compared to just 50 years ago. P.M.H. says that humanity is evolving before our eyes. Then a Mars Express scientist reveals that there’s LOTS of water ice on Mars and European scientists will answer the Mars life question in months. PLUS–is the Martian sky blue or red?
END_OF_DOCUMENT_TOKEN_TO_BE_REPLACED