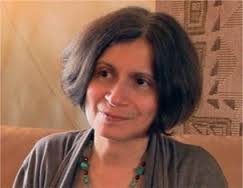 Dr. Janet Elizabeth Colli is a licensed psychotherapist who is open to treating close encounter witnesses. She is trained in and experienced with transpersonal psychology, the branch of psychology that deals with altered states and non-ordinary states. She is also a practitioner of EMDR, Eye Movement Desensitization and Reprocessing, which is a treatment for post-traumatic stress disorder.

Whitley Strieber begins by describing his own first hypnosis encounter with Dr. Donald Klein, and Dr. Colli explains what Dr. Klein was doing to help him.
END_OF_DOCUMENT_TOKEN_TO_BE_REPLACED

Real or fake? – Science is discovering new things all the time. Scientists now say that hypnosis is “real” because they can pick up its effects on fMRI scans of people’s brains when they’re “under.”

While patients are under hypnosis, neuroscientists see decreased activity in the parts of the brain linked with daydreaming or letting the mind wander. One psychologist thinks that this reveals how hypnosis leaves patients open to suggestion. People who were not susceptible to being hypnotized did not have these brain patterns.
END_OF_DOCUMENT_TOKEN_TO_BE_REPLACED

Telehypnosis is more effective than face-to-face therapy, according to a study bySusan Simpson, a clinical psychologist at Royal Cornhill Hospital in Scotland. She hypnotized 11 patients who live in the remote Shetland Islands in Scotland using a video hook-up. This allowed her to see her patients during their 1 ? hour-long sessions.
END_OF_DOCUMENT_TOKEN_TO_BE_REPLACED

If you were embarrassed by a hypnotist who told you to hop across the room like a rabbit, don’t blame yourself. If you’ve tried hypnosis and just can’t seem to go “under” far enough to remember those elusive UFO experiences, don ‘t you blame yourself, either. It turns out there is a gene for hypnotizability.

The gene was discovered by Dr. Pesach Lichtenberg and Professor Richard Ebstein of Herzog Memorial Hospital in Jerusalem, after studying 51 men and 59 women who had never been hypnotized before (if you’ve been hypnotizedonce, it’s easier to go under the next time). They found that people who had a specific gene were much easier to hypnotize.
END_OF_DOCUMENT_TOKEN_TO_BE_REPLACED