PLUS: Andrew Collins and Greg Little call in from the road–they’ve just finished exploring one of the most isolated and mysterious Mound Builder sites in the Americas!

END_OF_DOCUMENT_TOKEN_TO_BE_REPLACED

If you were in possession of documents or artifacts that had to be preserved at all costs, and you were inhabiting a planet with an uncertain future, where would you hide these precious commodities?
Deep underground in a protective bunker? Fathoms under the ocean? Inside a mountain in a secret cave? Preserved within the ice of the polar regions?

A new film portraying the Biblical legend of Noah’s Ark has incurred the wrath of devout Christians for not faithfully representing the story as it is outlined in the Good Book. Whether the film is an accurate portrayal of the fable or not, it has prompted further discussion regarding the truth behind the ancient tale.

Researchers have long debated whether the Great Flood described in the Bible actually happened, and evidence disclosed in a recently published book by British archaeologist, Irving Finkel, “The Ark Before Noah: Decoding the Story of the Flood”, suggests that an ancient civilisation wrote detailed instructions illustrating how to build a huge, ark-style vessel to escape from flood waters.
END_OF_DOCUMENT_TOKEN_TO_BE_REPLACED 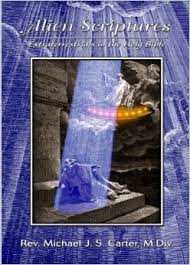 Does the Bible include references to alien contact? If so, what were they doing here and how did they change our history? Rev. Michael J.S. Carter explodes the myths and the denial, and reveals the truth, in this powerful interview with Whitley and Anne Strieber. Join us for this joyous Christmas adventure into some of the hidden wonders of mankind’s true past, guided by one of the great experts in the field.

Learn more about Rev. Carter, his book and his work! Visit MichaelJSCarter.com.
END_OF_DOCUMENT_TOKEN_TO_BE_REPLACED