Are there are more people alive today than have ever lived? Earth’s population reached seven billion in October. We need to figure out how that compares with the number of people who have lived before us. The problem is, how do you figure out how many people have ever lived, and where do you start?

The normal starting point is when Homo sapiens first walked the earth, about 50,000 years ago, so you have a starting point and an end figure, but it’s the time in between that’s the problem. In BBC News, Wesley Stephenson quotes demographer Wendy Baldwin as saying, "For 99% of that time there is no data.
END_OF_DOCUMENT_TOKEN_TO_BE_REPLACED

Barbara Hand Clow has been on Dreamland many times since our first interview with her in 2004, and on the show this week she offers insight into the great planetary trauma that destroyed our past civilization so completely that it is remembered only through trauma buried deep within all of us. Here, with Whitley Strieber, she tells us what this past civilization was actually like, and what we have lost. But then she goes deeper, explaining how there are new dimensions of consciousness opening within us, and how we can actually regain the level of consciousness that we lost during the catastrophe.
END_OF_DOCUMENT_TOKEN_TO_BE_REPLACED 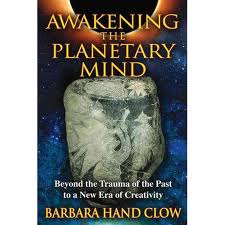 Barbara Hand Clow returns to Dreamland with an explosive new idea–that the end of the world isn’t at hand at all, that we are actually entering a new period of creative growth as the human mind accelerates to a new level of consciousness. She tells Dreamland guest host Marie D. Jones how a series of changes that accelerated through 2011 opened many of us to new energies, while causing deep terrors left over from an extraordinary catastrophe that ravaged our planet over 10,000 years ago to emerge again in many others. END_OF_DOCUMENT_TOKEN_TO_BE_REPLACED

You may be depressed about the future, and Chinese Feng Shui masters are too. Feng Shui is part of everyday life in China, used to predict everything from the weather to stock prices to the best day for a funeral, and 2012 is no exception. China’s Feng Shui masters expect trouble in Europe, scandals in China, bad weather in Southeast Asia but–oddly–good news from the US toward the end of the year.
END_OF_DOCUMENT_TOKEN_TO_BE_REPLACED