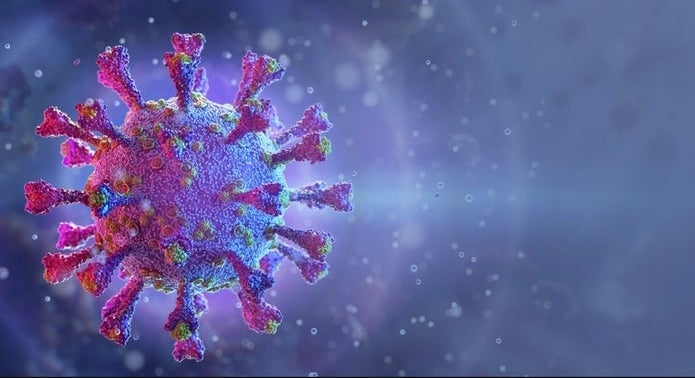 The rollout of the world’s COVID-19 vaccines is proving largely effective against the virus.  We have our work cut out for us, however, in the face of  COVID-19 variants that began to emerge last fall. An examination of the molecular structure of these variants has unlocked the secret to the increased danger these mutants hold, but also may have offered researchers a glimpse into the virus’ weaknesses.

A recent study of COVID-19 variants was conducted by researchers at Harvard Medical School and Boston Children’s Hospital.  This research focused on a genetic change shared by three known variants, called the D614G mutation. This mutation prompts a change in how coronavirus structures its signature spike proteins, which are used by the virus to latch onto and insert genetic instructions into a potential host cell.

These spike proteins effectively act like a “key” to the “lock” represented by the host cell’s ACE2 receptors.  Once the spike protein latches onto these receptors they unfold, drawing the virus into direct contact with the cell membrane, and allowing it to merge with the cell.  If successful the virus’s RNA-delivered instructions override the cell’s usual functions, shutting down immune prompt overrides and forcing the cell to spin off copies of the virus.

Studies of SARS-CoV-2 showed that while earlier variants of the coronavirus’s spike proteins bound with our cells’ ACE2 receptors decently well, the spikes’ structures were unstable, meaning that a large percentage of them would collapse before they finished their job of delivering their genetic payload; many virions could latch onto a cell, but a certain percentage weren’t actually able to infect it. This flaw had the overall effect of limiting how effective the coronavirus was in infecting an individual.

The spike proteins on the new variants of concern, however, have been found to be much more stable than their forebears; although they have more trouble latching on to a cell’s ACE2 receptors than the earlier variants did, when an individual virion does latch onto a cell it stands a much better chance at succeeding in infecting the target. Specifically, the D614G mutation provides a stability to the spike protein’s molecular structure that prevents the premature shape change, or dissociation, that the old variant’s spikes were prone to.

“Say the original virus has 100 spikes,” explains senior author Bing Chen, HMS professor of pediatrics at Boston Children’s Hospital. “Because of the shape instability, you may have just 50 percent of them functional. In the G614 variants, you may have 90 percent that are functional. So even though they don’t bind as well, the chances are greater that you will have infection.”

At the macroscopic level, this simple change translates into increased transmissibility and a higher probability of developing severe symptoms in those infected, and may be less susceptible to the effects of SARS-CoV-2 antibodies, whether acquired through an infection vaccine. However, this newfound stability could be exploited to our advantage.

Most of the vaccines being distributed provide antibodies that attack the coronavirus’s spike proteins, latching on to the structures as if they were miniature free-agent ACE receptors. However, the molecular instability of the old spikes meant that there was a wider variety of molecular combinations for the antibodies to have to be able to interface with. “Because the original spike protein would dissociate, it was not good enough to induce a strong neutralizing antibody response,” Chen said of the difficulty of fighting the old coronavirus.

Conversely, the new, more stable structure of the variants’ spikes should make them more recognizable to antibodies directed at them; tweaks to future vaccines that include coding for the G614 mutation could make for even more effective inoculants. Chen and his team are also looking at capitalizing on this new discovery to develop therapies that could prevent the coronavirus from gaining access to our cells to begin with. They have already designed a structurally engineered decoy ACE2 protein that can bind to the SARS-CoV-2 virus 200 times more strongly than the body’s own ACE2 receptors, a nanoscopic interceptor that can neutralize the virus before it has the chance to wreak havoc in its host.