With the Launch of New Research Groups, Will 2022 Be a Turning Point for UFO Studies? 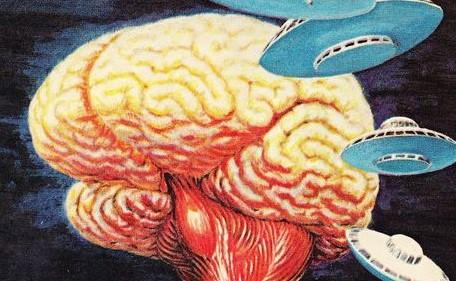 After decades of only being spoken of in the shadows, scientists now have the freedom of openly researching the previously taboo subject of UFOs, and 2022 may be a turning point in the search for answers regarding this notoriously slippery phenomenon—or so at least some scientists working on the subject hope.

“The effort to detect, track and measure the UFO phenomenon in the field, in real time, has recently entered a new phase,” according to the scientific director of the Center for UFO Studies in Chicago, Mark Rodeghier. “The technology has gotten better, software tools have improved and the current interest in UFOs has attracted new, qualified professionals.”

Aside from renewed efforts within the US government to investigate what they have termed “UAPs”, new civilian-based research initiatives have been launched, such as retired US Navy CPO Kevin Day’s UAP eXpeditions, aimed at investigating UFO appearances off of the coast of California; and more recently The Galileo Project, launched last year by the former chair of Harvard’s Astronomy Department Avi Loeb. Both initiatives are based around the deployment of broad-spectrum sensor equipment that will scan the skies for possible UFO activity, then use machine learning to distinguish known phenomena like birds and drones from the truly anomalous.

“While one can’t predict how soon we will gain new, fundamental knowledge about UAP/UFOs, I believe that these efforts are very likely to succeed and set UFO research onto a new foundation of reliable, physical data,” Rodeghier adds. “And as a consequence, we will have even more evidence — as if it was needed — that the UFO phenomenon is real and can be studied scientifically.”

There are fears that the Pentagon’s new UAP investigative body, the Airborne Object Identification and Management Synchronization Group (AOIMSG), will not only lack the resources to properly carry out their mandate, but also may hide their findings behind the omnipresent wall of secrecy that pervades the Military’s activities. But Avi Loeb says that Harvard’s search for UFOs won’t be hampered by secrecy or low-quality data gathered by military equipment that wasn’t meant for scientific exploration.

“The Galileo Project’s data will be open to the public, and its scientific analysis will be transparent,” explains Loeb. “The related scientific findings would expand humanity’s knowledge, with no attention to borders between nations.

“The system will record continuous video and audio of the entire sky in the visible, infrared and radio bands, as well as track objects of interest. Artificial intelligence algorithms will distinguish birds from drones, airplanes or something else. Once the first system will operate successfully, the Galileo Project will make copies of it and distribute them in many geographical locations.”

Another problem that has hampered civilian UFO investigators in the past was the lack of coordination between the various organizations, but members of another initiative, a UFO studies think-tank called the Scientific Coalition for UAP Studies (SCU), has already partnered with not only the Galileo Project, but also several other groups, including UFODATA, the UFO Data Acquisition Project (UFODAP) and UAPx.

SCU executive board member Robert Powell says that he believes the coordination between these various research groups—partnerships that will be vital in uncovering broader patterns displayed by the UFO phenomenon, “will improve as we go into 2022.”

Regarding the sensor equipment that new research groups will employ, Powell says that “UFODAP already has a working model that has been sold into the marketplace and is reasonably priced in the $2,000 to $5,000 range, depending on the accessories desired. This system has already been used by a group known as UAPx to collect data. Our goal is to coordinate these activities in a way such that we use a system with standardized equipment set to collect data.”

As the gathered data and its analysis is made public through the publishing of peer-reviewed scientific papers, vice president of UAPx and University at Albany physics professor Kevin Knuth feels that scientific studies of the UAP phenomenon will be advanced, “while encouraging and compelling more scientists to get involved in studying what could very well be among the most important discoveries in human history.”

Subscribers, to watch the subscriber version of the video, first log in then click on Dreamland Subscriber-Only Video Podcast link.
2022-02-12
Previous Headline News Post: COVID-19 Deaths Surpass 900,000 in the U.S.
Next Headline News Post: Planet Nine May Have Smaller Siblings as Company in the Dark Reaches of the Solar System