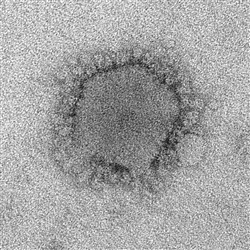 An outbreak involving a novel coronavirus is currently underway in China’s city of Wuhan, causing a flu-like illness in over 1,354 people, with at least 41 deaths having been reported. The disease’s virulent nature has prompted Chinese authorities to suspend the operation of public transport in and out of Wuhan, a city of 11 million people, with neighboring cities expected to be placed under a similar quarantine by January 24.

Initially identified as a novel virus in mid-December 2019, this coronavirus, called 2019-nCoV, has a genetic structure that has a 70 percent similarity to the SARS-CoV coronavirus that killed 774 people in 37 countries in 2003. Although the majority of cases have occurred in mainland China, there have been a handful of reported infections in Thailand, South Korea, Japan, Taiwan, Macau and Hong Kong, including one case in the United States where a man returning from a trip to Wuhan was hospitalized after exhibiting symptoms of the disease. He is reportedly in good condition, and authorities are now screening for signs of 2019-nCoV at major international airports across the US.

The symptoms caused by this coronavirus–so-called because of its resemblance to a solar corona when viewed under a microscope–are flu-like in nature, including fever, fatigue and a dry cough, with shortness of breath occurring in 20 percent of the cases, and respiratory distress in 15 percent; those with a weakened immune system are most susceptible to more serious complications, such as the onset of pneumonia. The virus was initially identified as a new pathogen when a cluster of pneumonia cases without an apparent cause occurred amongst people connected with the Huanan Seafood Market in Wuhan in mid-December. The first case of human-to-human infection was confirmed on January 21.

Some authorities believe that the coronavirus, a class of virus that typically infects livestock and birds, but rarely humans, originated in bats and made the jump to venomous snakes that were being sold as bushmeat in the Huanan Seafood Market before mutating into a strain that could infect humans, although it is currently unknown as to how the virus could make the jump between cold and warm-blooded species.

Quarantine efforts are being hampered by the Chinese New Year season, when hundreds of millions of people travel across China and Asia for the important holiday. In addition to travel restrictions in and out of Wuhan, a major travel hub in central China, residents of the city are required to wear face masks when in public, as government health officials take measures to stem the spread of 2019-nCoV.

High-level authorities in Beijing have also issued a warning to lower-level officials to not cover up reporting the spread of the virus, saying that anyone concealing new cases would “be nailed on the pillar of shame for eternity.” China learned a harsh lesson from the 2002-2003 SARS outbreak, having initially withheld information on the epidemic and downplayed the health risks involved, speeding the spread of the deadly disease. President Xi Jinping has called for “all-out efforts” to control the outbreak.

Fortunately, this virus isn’t as lethal as the SARS virus, with only 2.8 percent of those infected having succumbed to the disease (compared to SARS’s 9.8 percent), although researchers point out that 2019-nCoV is still in the process of infecting people. Researchers in the UK estimate that there are actually roughly 4,000 people currently infected, based on the virulence of the disease.

UPDATE: 10:45 pm PST: This is a fast-moving situation, with the number of infected/dead having nearly doubled in the 24 hours since the article was first written. Chinese authorities have closed down 12 cities in central Hubei province, where the disease is concentrated, representing a population of 36 million people—that’s slightly less than the population of California, or the entire country of Canada. Major New Year’s holiday events have been cancelled, and residents are being urged to stay in their homes for the duration of the quarantine. Construction crews are scrambling to build a makeshift hospital using prefabricated units within ten days to treat infected patients.

Subscribers, to watch the subscriber version of the video, first log in then click on Dreamland Subscriber-Only Video Podcast link.
2020-01-24
Previous Headline News Post: Dimming Supergiants and Strange Gravity Waves: Is Betelgeuse About to Explode?
Next Headline News Post: The Oceans are Heating Up at a Rate of Several Nuclear Bombs… per Second!