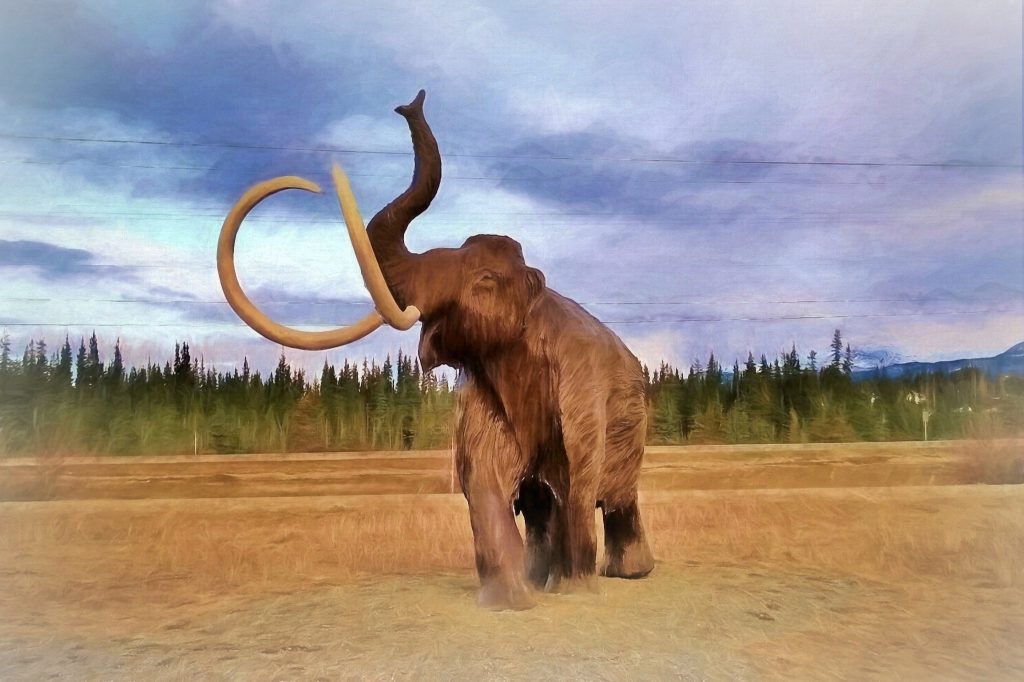 A new analysis of ancient DNA has revealed that some species of ice-age megafauna, including woolly mammoths, wild horses and steppe bison, survived much further into the modern era than previously thought. The recovered genetic material taken from soil samples from Canadian permafrost, indicates that some of these species didn’t go extinct until about 6,000 years ago—roughly 7,000 years later than previously thought.

The permafrost samples were originally gathered in the 2010s, but no one had thought to analyze them until recently, after Tyler Murchie, an archaeologist specializing in ancient DNA at McMaster University, found the samples while searching through the fridge one day.

“I found them in the freezers while looking for a new project during my PhD,” Murchie recalls. “One of my responsibilities at the ancient DNA center is freezer maintenance, so I had a good idea of what cool stuff might be in there waiting for someone to study.”

These samples allowed Murchie and his team to reconstruct 30,000 years worth of genetic history from the Klondike region of Canada’s Yukon territory, with a focus on the Pleistocene-Holocene transition period between 11,000–14,000 years ago when about two-thirds of the large ice-age animals that inhabited North America went extinct.

During this period the broad grasslands, referred to as the “Mammoth Steppe”, gave way to the thick boreal forests that we see today. It is theorized that the large mammals that tramped around the plains prevented young saplings from growing too large; after the large animals disappeared, the trees were free to grow and spread to form our modern forests.

“Part of this theory is that much of the Northern Hemisphere was analogous to the modern African savanna,” Murchie explains. “But as a lot of these big animals started to disappear, those kinds of ecological networks began to break down.”

But the samples Murchie analyzed held a surprise: traces of a number of the species that were thought to have gone extinct around the time of this shift in climate remained for thousands of years later than what the fossil record indicated. Samples of DNA from the North American horse (Equus caballus) and woolly mammoth (Mammuthus primigenius) that were extracted were found to be only around 6,000 years old, meaning these two species were present in the region roughly 7,000 years after they were assumed to have died out. Although the North American horse is the same species as the modern horse and only disappeared from the region, the last known surviving mammoths persisted on Russia’s Wrangel Island until 1650 BCE.

Ordinarily, DNA from deceased animals will degrade quickly in most environments, but frozen permafrost can preserve such genetic material for much longer.

Unfortunately, the clock is ticking aggressively on this field of research, as permafrost environments worldwide are enduring a massive melt event due to Climate Change.

“If we don’t collect the samples, and they just thaw and degrade, then we lose all that life history data that’s been preserved for all this time,” Murchie warns.

Subscribers, to watch the subscriber version of the video, first log in then click on Dreamland Subscriber-Only Video Podcast link.
2022-01-03
Previous Headline News Post: Harry M. Reid– Senate Majority Leader, and Truth Seeker, Has Died at 82
Next Headline News Post: Omicron Update: The New Strain Is Less Likely To Cause Severe Illness, but Spreads Like Wildfire