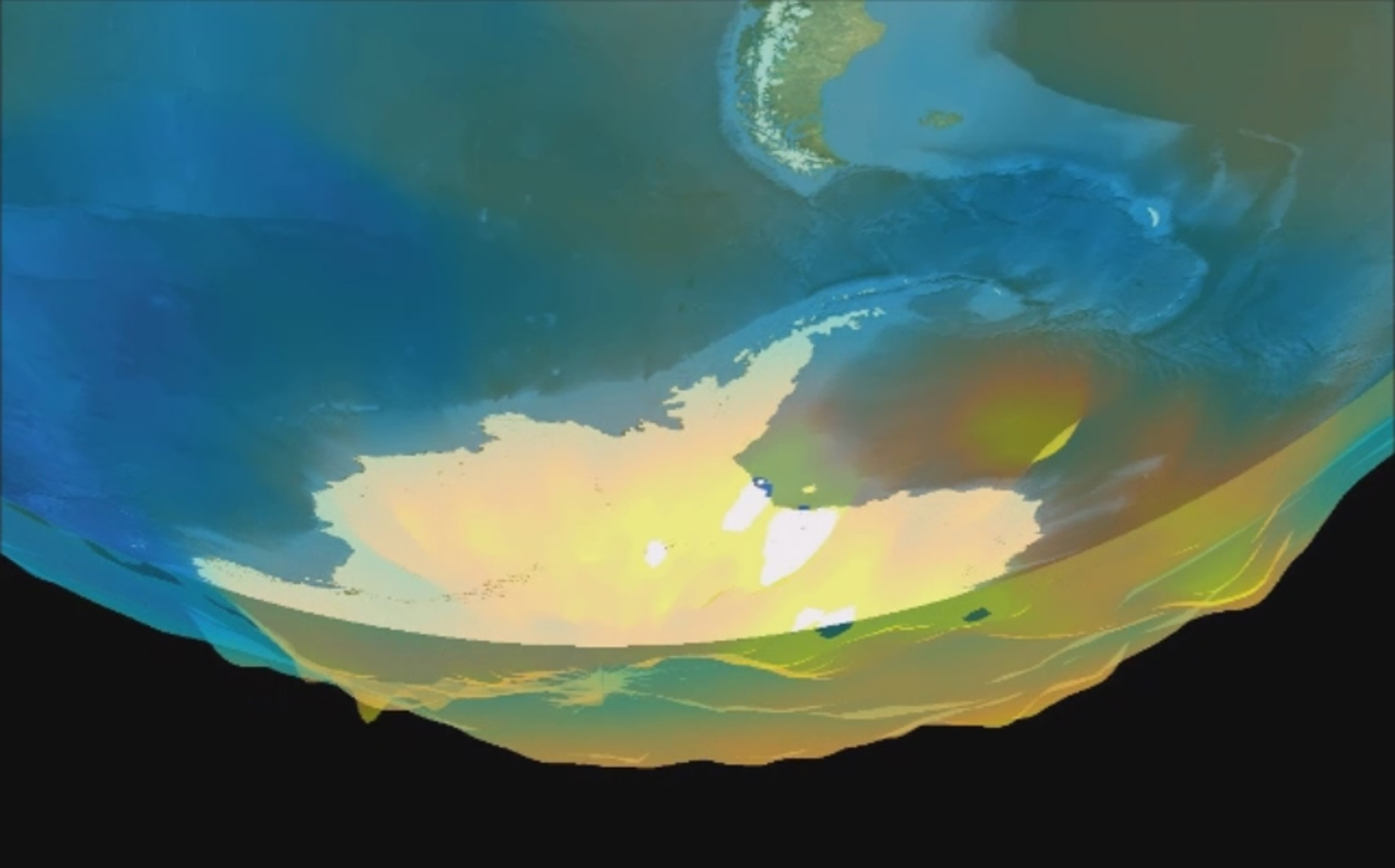 In a bit of good environmental news, NASA reports that the ozone hole over the South Pole has shrunk to its smallest extent since the anomaly was first discovered in 1982. Although international efforts in reducing the production of ozone-depleting compounds have been instrumental in allowing the ozone layer to naturally regenerate over the decades, this year’s record retraction is the product of a much larger problem: global warming.

“It’s great news for ozone in the Southern Hemisphere,” said Paul Newman, chief scientist for Earth Sciences at NASA’s Goddard Space Flight Center. “But it’s important to recognize that what we’re seeing this year is due to warmer stratospheric temperatures. It’s not a sign that atmospheric ozone is suddenly on a fast track to recovery.”

Indeed, this fortunate recovery comes about as a consequence of global warming, with the warmer air over the south pole aiding in this season’s healing of this crucial layer of the atmosphere. This temperature-prompted shrinking of the ozone hole has happened only twice before over the past four decades, notably in September of 1998 and 2002, although not to the extent of this year’s shrinkage.

Temperatures in the stratosphere (20 kilometers, or 12 miles up) over Antarctica this September rose 16°C (20°F) above normal, the warmest that layer of the atmosphere has been since record keeping began 40 years ago. These high temperatures destabilized the southern polar vortex, causing the jet stream to slow from 260 km/h (161 mph) down to 109 km/h (67 mph), and allowing it to meander further north than it would normally roam.

These effects allowed the jet stream to sink into the lower stratosphere, where it minimized the formation and persistence of stratospheric clouds, one of the chief mechanisms in the ozone-destroying process. The northward meandering of the air current also brought ozone-rich air in from northern latitudes, replenishing O3 levels above Antarctica to above their mid-1980s levels.

The Earth’s ozone layer is situated at an altitude of approximately 15 to 35 kilometers (9.3 to 21.7 miles), and contains about 33 times the amount of ozone (O3) than the rest of the atmosphere. This gas absorbs between 97 and 99 percent of the Sun’s ultraviolet rays, radiation that would otherwise damage exposed life forms, making it crucial for the existence of life on and near the Earth’s surface.

In the 1970s it was discovered that commonly used chlorine-containing compounds, such as the refrigerant chlorofluorocarbon (CFC), caused the degradation of atmospheric ozone, thinning the Earth’s natural protection from UV light. By the early 1980s it was discovered that this effect was even more pronounced over the planet’s polar regions, especially over Antarctica, earning the dramatic depletion of the gas over the poles the nickname “the ozone hole”.

The degradation of this protective layer prompted the world’s nations to sign the Montreal Protocol in 1987, an agreement that called for the phasing out of the production of the substances responsible for ozone depletion. Despite emanations of CFC-11 having been recently detected coming from China’s Shandong province, the efforts made under the Montreal Protocol appear to be succeeding in allowing the Earth’s ozone layer to repair itself.