The War in Space is Heating Up, According to the US Space Force 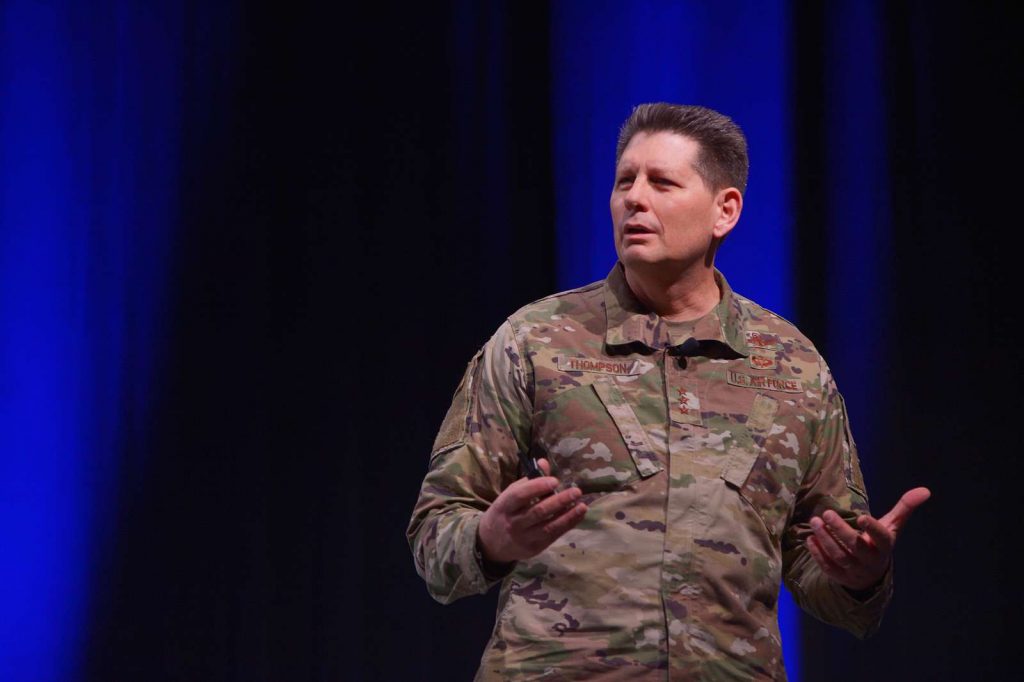 US government-owned satellites are facing attacks from Chinese and Russian forces “every single day,” according to the newly-formed US Space Force’s second-in-command, General David Thompson. Although he describes the attacks as “reversible”, meaning the attacks don’t cause any permanent damage to the satellites, Thompson says that the pace of the attacks is intensifying, and that China could eclipse the US as the dominant power in space by the end of the decade.

“The threats are really growing and expanding every single day. And it’s really an evolution of activity that’s been happening for a long time,” according to General David Thompson, the vice chief of space operations (VCSO) for the United States Space Force, in an interview held during this year’s Halifax International Security Forum. “We’re really at a point now where there’s a whole host of ways that our space systems can be threatened.”

The attacks Thompson describes are carried out using non-kinetic methods, such as laser interference, radio frequency jamming and cyber attacks; although no attacks causing permanent damage have been reported, Thompson said that if such an event were to occur, it would be classified, so it wouldn’t be reported to the public. Just last month Russia conducted a test of an anti-satellite missile that destroyed a defunct Kosmos spy satellite, and China conducted two hypersonic vehicle tests over the summer—presumed to be nuclear-capable hypersonic missiles—marking an escalation in the race to weaponize the heavens. And contrary to Russia having historically taken the lead in the space race during the cold war, China appears to be poised to come out on top this time.

“The Chinese are actually well ahead [of Russia],” Thompson warns. “They’re fielding operational systems at an incredible rate.”

Both China and Russia are working on hunter-killer satellites capable of destroying space-borne hardware from orbit: there have been long-standing reports that China is developing a satellite that can physically grapple other spacecraft, and in 2019 Russia deployed a satellite so close to a US government satellite that they were unsure if their asset was being attacked or not.

“It maneuvered close, it maneuvered dangerously, it maneuvered threateningly so that they were coming close enough that there was a concern of collision,” according to Thompson. “So clearly, the Russians were sending us a message.”

And China has an interest in interfering with US-based spy satellites that pass over their airspace, for instance to hide their nuclear proliferation efforts, and data from US reconnaissance satellites was instrumental in revealing the existence of concentration camps used to imprison Uyghur Muslims.

Although the US is attempting to keep pace with its adversaries through the advent of organizations such as the Space Rapid Capabilities Office and the Space Development Agency, Thompson warns that they have their work cut out for them, in light of recent Chinese advancements.

“We are still the best in the world, clearly in terms of capability,” Thompson boasts, but warns that China and Russia are “catching up quickly. We should be concerned by the end of this decade if we don’t adapt.”

Subscribers, to watch the subscriber version of the video, first log in then click on Dreamland Subscriber-Only Video Podcast link.
2021-12-06
Previous Headline News Post: A Prophecy Fulfilled: The Return of Bison to a Canadian Park Uncovers Ancient First Nations Petroglyphs
Next Headline News Post: The World’s First Warp Bubble Has Been Created by DARPA-funded Scientists… By Accident!