The Truth Behind the 24 Priests “Hired” by NASA 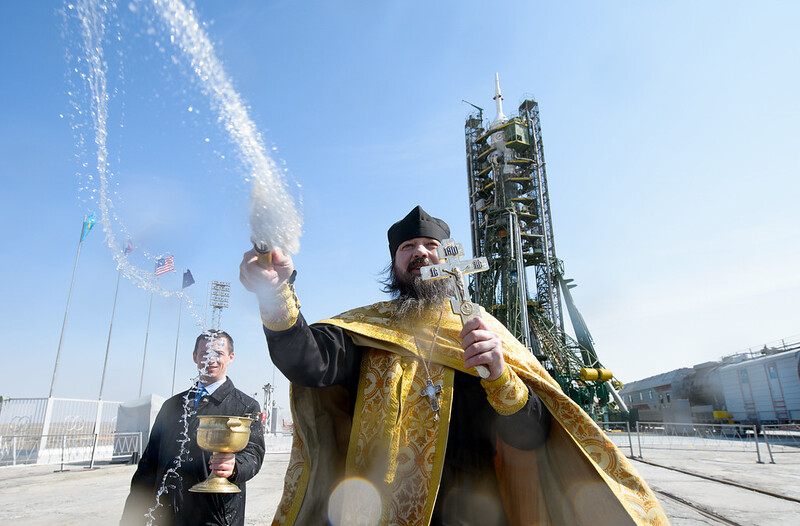 “Science without religion is lame, religion without science is blind.” ~ Albert Einstein

Recent weeks have seen the viral spread of articles claiming that NASA has hired 24 priests to ponder the question of how the world’s religions might react to the revelation of evidence of life elsewhere in the universe. Unfortunately, whether by negligence or click-baiting design, many outlets botched the story in a way that misrepresented what actually transpired.

Recently, the Associated Press dug into the story a bit deeper and clarified what this story was about: in 2015 NASA’s Astrobiology Program provided a $1.11 million grant to Princeton University’s Centre for Theological Inquiry to assess how the world’s religions might react to the discovery of life on worlds other than our own. Although this grant was by no means secret at the time, there appears to have been little press regarding the story, at least compared to what has been generated by the more sensational headlines circulating today (the BBC, however, published a thoughtful 2016 article on the subject).

The program ran for two years and was tasked with fostering “theology’s dialogue with astrobiology on its societal implications, enriched by the contribution of scholars in the humanities and social sciences,” according to CTI director William Storrar in the program’s announcement. “We are grateful to the NASA Astrobiology Program for making this pioneering conversation possible.”

The program enlisted the services of 24 individuals, although not all of them were priests; rather, the group was composed of multidisciplinary individuals versed in a broad variety of subjects that also included theology. One participant, Revd Dr Andrew Davison, is the Starbridge Associate Professor in Theology and Natural Sciences at the University of Cambridge’s Corpus Christi College, is not only a priest, but also holds degrees in biology and philosophy; Dr Davison is publishing a book titled Astrobiology and Christian Doctrine, due out sometime this year. It appears that the announcement of his upcoming book is what spawned the current round of media stories regarding CTI’s 2015 program.

Even at the time of the program, NASA received criticism for providing a grant to theologians from groups that questioned the funding of a religious organization by a governmental agency. NASA has recently stated that the Agency had no hand in selecting the individuals that participated in CIT’s program.

“Individuals who receive grant funding from NASA are not employees, advisors, or spokespersons for the agency,” according to a NASA spokesperson. “Thus, the researchers and scholars involved with this study were not hired by NASA, but instead received funding through CTI to conduct this work.” Dr Davison has also pointed out that he was not “hired directly or paid a salary” by NASA or CTI, but rather continued to draw his regular salary from Cambridge.

CTI also says that the program wasn’t intended to offer direct guidance to NASA, but rather to generate a discussion on the subject of the then-current state of astrobiology, and how it might impact human culture.

“These scholarly reflections on the societal implications of astrobiology are being published in a series of individual monographs and peer-reviewed academic journal articles by the theologians, religion scholars, philosophers and literary scholars who participated in our research program for visiting scholars at the Center of Theological Inquiry,” Director Storrar wrote in a recent email to AP.

Subscribers, to watch the subscriber version of the video, first log in then click on Dreamland Subscriber-Only Video Podcast link.
2022-01-08
Previous Headline News Post: Omicron Update: The New Strain Is Less Likely To Cause Severe Illness, but Spreads Like Wildfire
Next Headline News Post: An Unidentified Neurological Illness Is Spreading in Canada’s Atlantic Region