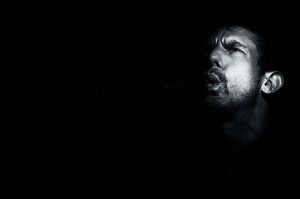 Protections for whistleblowers that reportedly have knowledge of research being conducted on recovered non-human craft are expected to be in place before the end of the year once the National Defense Authorization Act 2023 (NDAA) is signed into law, an event expected to happen before the end of November.  Some of these whistleblowers have already been approached to speak before Congress.  According to filmmaker Jeremy Corbell, their experiences reportedly include programs that attempted to back-engineer spacecraft of unconfirmed origin.

According to sources in contact with the Liberation Times, while “there are no certainties with regard to the exact timeline,” NDAA 2023 is expected to be signed into law shortly after the conclusion of the November midterm elections; following that, Congressional hearings into “secretive UAP retrieval and back-engineering programs”—programs that have been verified by Congress—could begin “before Christmas” if all goes well.

Individuals that claim to have worked on such secretive programs would be legally bound by non-disclosure agreements (NDA), and a culture of reprisal against anyone that attempts to leak such information has kept many that might be involved from divulging what they know; the upcoming provisions in NDAA 2023 are expected to protect potential whistleblowers from roadblocks to disclosure such as these.

“The fear has always been reprisal, and that fear has always been justified,” explains Corbell. “Pushback has occurred against these people as recently as this year. And as has been predicted—the closer the public gets to the good stuff—the more the pushback has increased. Make no mistake… the world is creaking under the stress and the weight of the UFO reality. And now we have an opportunity for this truth to be revealed, and our society will forever be changed by it.”

Corbell says that the knowledge held by at least some of the whistleblowers goes beyond simply working on scraps of anomalous materials; rather, they have been involved in efforts to recover and back-engineer full-blown non-human vehicles.

“Regarding the mystery of UFOs, the Silver Bullet is coming,” according to Corbell. “The moment it is understood by the public that not only have we obtained spacecraft—fabricated by a non-human intelligence—but that we have also been attempting to reverse engineer that technology for decades… Pandora’s box is finally open.

“This new legislation to provide amnesty and immunity for those involved in these programs to come forward is a potential game changer. I have personally spoken with numerous individuals who have had roles in these legacy UFO exploitation programs.”

The provisions being made in NDAA 2023 are apparently not simply included in the hopes that Congress’s efforts might just happen to dredge some useful information out of the depths of UFO secrecy; rather, the language included in the Act has been chosen specifically to unveil secret programs that representatives in the House and Senate have already been briefed on. According to one Department of Defense insider:

“Laws are not written in a vacuum. Behind closed doors, lawmakers have met with current and former government insiders who have provided multi-source and verifiable information that has shaped the language we are seeing today.

“The wording is very specific, and many who are aware of the history of this subject will immediately understand why January 1, 1947, is the date to which the Comptroller General must use as “day one” of their compiled intelligence review and report that is due to Congress.”

“It’s clear that somebody has been sharing information with [Congress],” investigative journalist George Knapp remarked during a recent Coast-to-Coast AM broadcast. “I can tell for sure that there are people who have met with them and have told them not only that there are these legacy programs that have materials, and by materials I don’t mean just scraps of metal from the ground, but intact craft, remains—physical remains—of beings.

“Those stories have been floating around for a long time,” Knapp continued. “I know that there are a couple of people in particular who know about this stuff, down to the point of the buildings where this stuff is stashed, who are willing to come forward if they are protected. And now this legislation indicates they will be protected as whistleblowers, that their security clearances will not be revoked, and it’s pretty exciting.”