The Pentagon’s UAP Task Force Has Its Mission Formalized, and Is Ordered To Deliver Quarterly UFO Reports 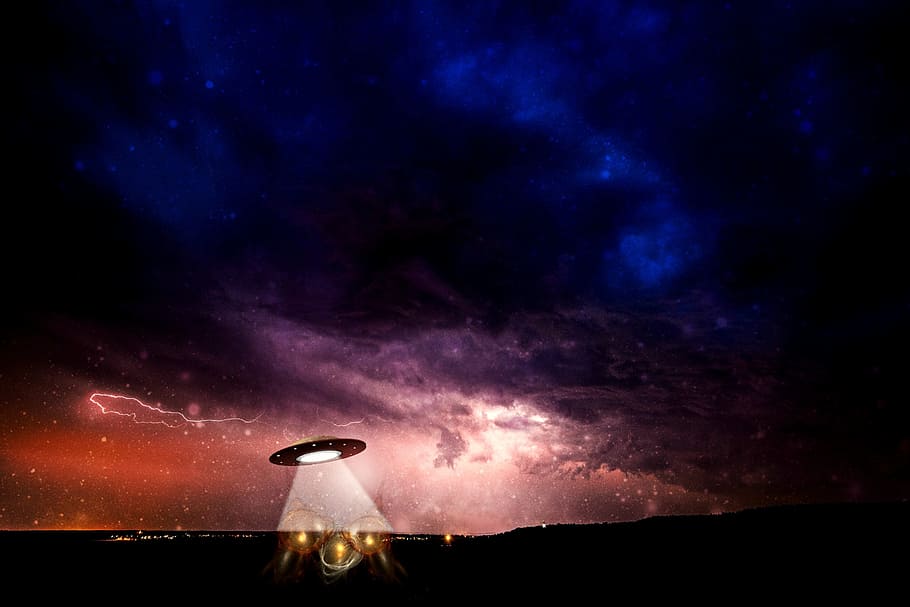 The Pentagon’s Unidentified Aerial Phenomena Task Force (UAPTF) has received a significant extension to its powers through the recently-passed Intelligence Authorization Act for Fiscal Year 2022 (IAA), mandating that the Director of National Intelligence (DNI) and Secretary of Defense require the agencies and departments under their respective umbrellas to provide both the UAPTF and the Air Force’s National Air and Space Intelligence Center with data relevant to the UAP phenomenon. The UAPTF’s mission was also formalized by a June 25 memorandum issued by the Deputy Secretary of Defense.

The IAA bill also mandates that the first classified report be delivered “not later than 90 days after the date of the enactment of this Act,” with subsequent reports being delivered “not less frequently than quarterly thereafter” to “the appropriate committees of Congress… on the findings of the Unidentified Aerial Phenomena Task Force, or such other designated entity as the case may be.” These reports are to include new UAP-related events that occurred within the period of each report, along with events predating these reports “but were not included in an earlier report.” This implies that historical UFO sightings might be brought to the attention of Congress, potentially expanding the scope of the UAP narrative past the encounters experienced by the Nimitz Carrier Strike Group in late 2004.

The Act is also notable for including the USAF’s National Air and Space Intelligence Center (NASIC) as a recipient for the relevant data; previously, only the UAPTF, operating under the Office of Naval Intelligence, was in charge of collecting and collating the information. Although the reach of the Navy’s eyes technically extend to over 70 percent of the planet’s surface, the NASIC’s webpage describes the unit as “the Department of Defense’s primary source for foreign air and space threat analysis,” expanding the scope of UAP reports to a larger geographical area, and potentially outside of Earth’s atmosphere.

Unlike the unclassified UAP report, titled Preliminary Assessment: Unidentified Aerial Phenomena, that was delivered to Congress on June 25, these new quarterly reports will be classified. Regarding the inaugural report, Vice Chair of the Senate Intelligence Committee Senator Marco Rubio stated that “This report is an important first step in cataloging these incidents, but it is just a first step. The Defense Department and Intelligence Community have a lot of work to do before we can actually understand whether these aerial threats present a serious national security concern.”

On the same day as the release of the unclassified UAP report, Deputy Secretary of Defense Kathleen Hicks formalized the UAPTF’s mission in a memorandum to the Pentagon Senior Leadership, Combatant Command Commanders and Defense Agency and DoD Field Activity Directors, that to maintain safety and security at DoD training ranges and installations it is “critical that all U.S. military aircrews or government personnel report whenever aircraft or other devices interfere with military training. This includes the observation and reporting of UAPs.”

The memo goes on to state that “to ensure timely collection of consistent data on UAP” and to “improve partnership with the [Office of the Director of National Intelligence] and other non-DoD organizations” that the “Office of the Under Secretary of Defense of Intelligence and Security to develop a plan to formalize the mission currently performed by the UAPTF.” The memo goes on to outline what is expected for reporting standards and that the new procedures be “developed in coordination with the Principal Staff Assistants, the Chairman of the Joint Chiefs of Staff, the Secretaries of the Military Departments, and the Commanders of the Combatant Commands and with the DNI and other relevant interagency partners.”

Deputy Secretary Hicks closes her memo with the directive that “All members of the Department will utilize these processes to ensure that the UAPTF, or its follow-on activity, has reports of UAP observations within two weeks of an occurrence.”

Subscribers, to watch the subscriber version of the video, first log in then click on Dreamland Subscriber-Only Video Podcast link.
2021-08-25
Previous Headline News Post: A Radical New Definition for Life on Earth (And Beyond) Has Been Proposed
Next Headline News Post: Rain Falls at the Center of Greenland for the First Time Ever