The Pentagon’s Annual UAP Report Has Been Released, but Downplays Its Unresolved Cases 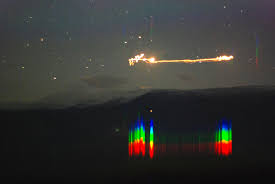 The classified version of the Pentagon’s annual report on unidentified aerial phenomena was delivered to lawmakers earlier this week, with a declassified version expected to be released to the public in the coming days. Prior to the report’s delayed release various insider sources discussed some of the contents of the document with the New York Timesand the Daily Mail, disclosing that nearly half of the 366 UAP reports collected over the course of the investigation remain unresolved.

This is the second major report produced by the Office of the Director of National Intelligence (ODNI), following the June 2021 delivery of the Preliminary Assessment: Unidentified Aerial Phenomena. This year’s report is the first mandated by the Intelligence Authorization Act FY 2022, and was received by the Armed Services, Appropriations, Foreign Affairs or Relations, and Intelligence committees of both the House and Senate.

The 22-page report states that 150 of the 366 cases investigated by the UAP Task Force (currently called the All-domain Anomaly Resolution Office (AARO)) remain unresolved, suggesting that roughly two out of every five encounters reported involved something that could not be identified; however, the Times’ anonymous source said that many of the unresolved cases were from older reports that didn’t offer enough information to properly identify the phenomena involved.

“In many cases, observed phenomena are classified as ‘unidentified’ simply because sensors were not able to collect enough information to make a positive attribution,” stated Defense Department spokesperson Susan Gough. “We are working to mitigate these shortfalls for the future and to ensure we have sufficient data for our analysis.”

Out of the resolved cases, the Times’source said that many were found to be conventional drones being operated by Chinese agencies looking to probe the training of US fighter pilots. One of the Times’ sources also dismissed the objects in the “Gimbal” and “Go Fast” FLIR videos leaked to the public in 2017 as optical illusions, despite extensive analysis of the former, and eyewitness verification in the case of both videos.

“It spent a lot of time jumping into the foreign surveillance that was discovered, which has nothing to do with UAPs,” according to the source. “There’s a lot of attention to that and just about nothing about the other 49 percent that were not resolved.”

“They’re patting themselves on the back that they’ve resolved over half of them,” the source continued. “But we don’t give a crap about the ones they’ve resolved. Yeah, there’s balloons up there, and balloons are sometimes mistaken for UAP.”

The source went on to say that “there are s***loads of classified videos that are pretty profound and pretty clear. They don’t want to talk about this stuff, because they really, really don’t know what the hell they are. That’s the truth.”

The Daily Mail’s source also said that there are “dozens” of classified videos recorded by MQ-9 Reaper drones that encountered UAP during missions in different areas around the world.

“These drones operate 20-25,000 feet up in the air and they’re flying around,” according to the source. “An operator will be zoomed in looking at a town in Syria. And all of a sudden, a little orb will go flying through the viewfinder.

“The operator’s like, ‘What the hell?’ And so he starts focusing on it and he just watches the orb for a while. We might get it for 30 seconds, we might watch it for 10 minutes. And then it will do something remarkable, like suddenly bolt off the screen.”

The source also said that they saw a video that showed a UAP that dove into the ocean “without making a splash,” and that “there’s some pretty spectacular videos.”