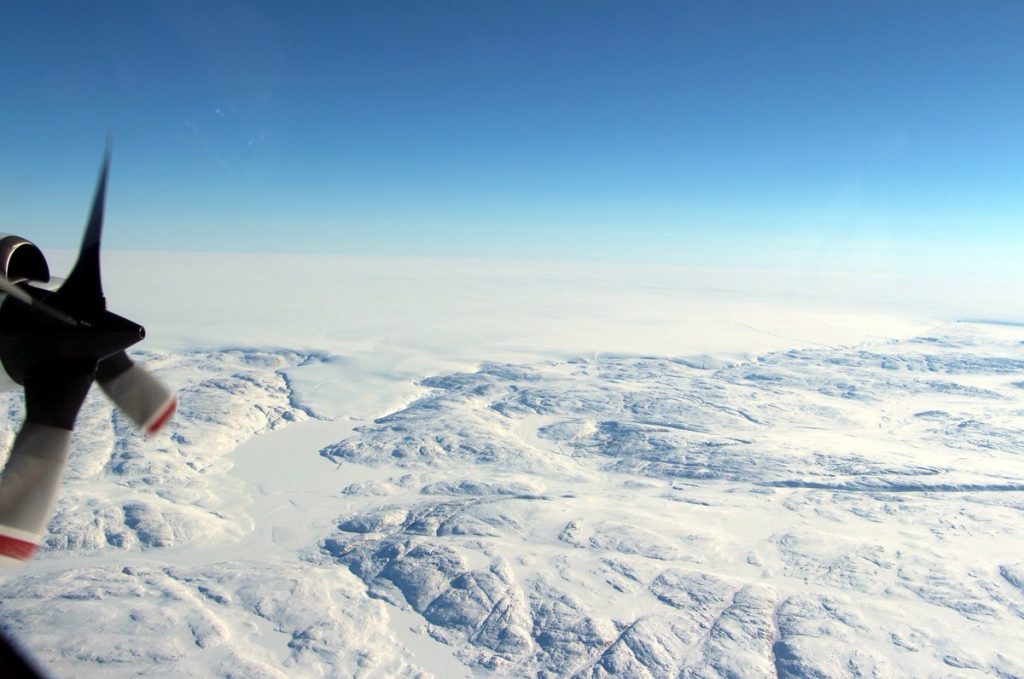 The findings of a new study on the large impact crater that was found under Greenland’s Hiawatha Glacier in 2018 suggest that the impact that formed the 31-kilometer (19.3-mile) crater occurred quite recently (geologically speaking, that is), at a time when the region was covered in a mile-thick sheet of ice, making it no older than 2.6 million years old—when Greenland’s ice sheets started forming—and possibly as young as 11,000 years.

Hidden under the depths of the Hiawatha Glacier, the features of the impact crater were initially spotted by a group of Danish geologists in 2015; the discovery of this newfound crater was announced after three years of studying radar-sounding data from NASA’s Program for Arctic Regional Climate Assessment and Operation IceBridge, and visiting the site to look for signs of a meteorite impact.

The object that formed the crater was an iron meteorite that is estimated to have been 1.5 kilometers (0.93 miles) across, big enough to have vaporized or melted 20 cubic kilometers (4.8 cubic miles) of the Earth’s crust when it struck. The impact would also have melted a massive amount of ice that would have been released into the North Atlantic, disrupting the North Atlantic current and triggering climate disruptions around the globe.

But the crater’s location under the ice, amongst other features, implied that it was relatively young—a rarity in the world of large asteroid impacts—so researchers have since been trying to determine the true age of the impact that created it. To that end, Elizabeth Silber, an adjunct professor with the Department of Earth Sciences at Canada’s Western University, used a numerical tool called hydrocode modelling to determine the characteristics of the seismic shockwave generated by the impact, taking into account various factors such as impact speed and surface temperature.

“Because it is very well preserved, it points to a possibly very young age, as young as the onset of the Younger Dryas period (between 11,500 and 14,500 years ago),” Silber said. “Alternatively, if old, it tells us about the erosional processes that might have taken place in that area.”

If a meteorite as large as the one that created the Hiawatha Crater is estimated to have been strikes bare bedrock, it would form what is called a peak-ring basin, with a pronounced ridge defining the rim of the crater. The Hiawatha Crater, however, has a less-pronounced rim, a feature that could be the result of the object having struck a 1.5 to 2 kilometer-thick (0.93 to 1.24 miles) ice sheet that cushioned the blow.

“The modeling shows that thick overlying ice, in fact, serves to muffle the formation of a peak-ring basin,” Silber explained. “Furthermore, the nearby drill cores don’t show any rocky ejecta from the impact, and our study shows that ice sheets inhibit ejection of rocky material during the impact.”

If the object that formed the crater struck as late as Silber says, that means that this event could have been part of the cause of the climate disruption described by the Younger Dryas impact hypothesis, an idea that proposes that the Earth was struck by a large asteroid or comet roughly 12,800 years ago, ushering in the Younger Dryas’s brief period of cooling between 12,900 and 11,700 years ago.