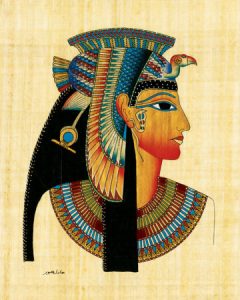 A mysterious tunnel discovered beneath the remains of the Egyptian city of Alexandria may lead to the lost tomb of Cleopatra, according to an archaeologist with the University of Santo Domingo.

Cleopatra VII Philopator was the last Queen of the Ptolemaic Kingdom of Egypt, taking the throne in 51 BCE following the death of her father, Ptolemy XII, and ruling until her death in 30 BCE. Although she is known to have built a tomb for herself, the location of her final resting place has been lost to history, although it is known to reside somewhere in the vicinity of Alexandria, northwest of Cairo on the Mediterranean coast.

The location of Cleopatra’s tomb which is reportedly in the same place as the remains of her husband, Roman general Marcus Antonius; has most recently been the subject of a lengthy search by archaeologist Kathleen Martinez, from Dominican Republic’s Universidad Autónoma de Santo Domingo. In this search Martinez and her team have discovered a 1,305-meter (4,281-foot) tunnel running under the Mediterranean Sea, together with “a huge religious center with three sanctuaries, a sacred lake, more than 1,500 objects, busts, statues, golden pieces, a huge collection of coins portraying Alexander the Great, Queen Cleopatra and the Ptolemies,” according to Martinez.

A series of clues led Martinez to investigate the ruins of a temple-city called Taposiris Magna (“great tomb of Osiris”), established sometime between 280 and 270 BCE by Pharaoh Ptolemy II Philadelphus. In life, Cleopatra was considered to be the living embodiment of the goddess Isis, and her husband, Mark Antony, the embodiment of the god Osiris; although the Egyptians weren’t known to use temple sites like Taposiris Magna as burial sites, Martinez believes that Cleopatra may have decided to bury Antony there, along with herself, to reflect the Osirian myth.

“No other place, structure or temple combines so many conditions as the temple of Taposiris Magna,” Martinez remarks, having investigated 20 other temples in the vicinity of Alexandria.

Much of Taposiris Magna has been lost to the sea, the effect of over two millennia worth of earthquakes, and although Martinez says that it is “too early to know where these tunnels lead,” the next phase of her search will be for ruins that now lie at the bottom of the Mediterranean Sea. The archaeologist is hopeful that her efforts will lead to the long-lost resting place of one of history’s most famous—and romanticized—Queens.