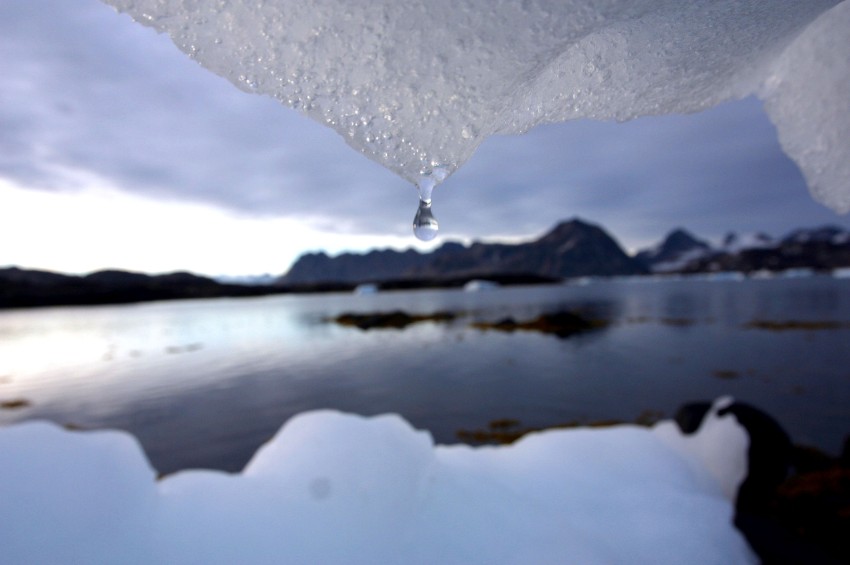 A new study has found that scientists may have grossly underestimated the future rate of Earth’s sea level rise, in light of the world’s ice sheets melting at an accelerated speed. The study’s projections agree with the United Nation’s Intergovernmental Panel on Climate Change’s (IPCC) worst-case scenario of sea level rise of 16 inches from ice melt alone by the end of the century—and the rate of melt is increasing.

The new study, combining satellite observations and numerical models, found that the planet lost 28 trillion tonnes of ice between 1994 and 2017, with those losses increasing from their 760 billion-tonne-per-year melt in the 1990s to more than 1.2 trillion tonnes per year in the 2010s—an increase of 57 percent in two decades. In all, the study estimates that the cryosphere absorbed 3.2 percent of the global energy imbalance caused by human carbon emissions.

To put the amount of energy it takes to do this into perspective:– “that’s like more than 10,000 ‘Back to the Future’ lightning strikes per second of energy melting ice around-the-clock since 1994,” according to William Colgan, an ice-sheet expert at the Geological Survey of Denmark and Greenland. Given Doc Brown’s time-bending figure of 1.21 billion watts, that would be 12.1 trillion watts of energy, or the power needed to light 121 billion 100-watt light bulbs. “That is just a bonkers amount of energy,” Colgan alarms.

The study also predicts that the Global rate of ice melt is more than likely to accelerate, on-par with the UN’s Intergovernmental Panel on Climate Change’s (IPCC) worst-case scenario of ice-driven sea level rise of 16 inches by the end of the century.  Adding to this is a  NASA-backed study which found no less than 74-major glaciers in Greenland who terminate in deep ocean waters are displaying signs of warming, and are being eroded from below. That study also says that due to an insufficient study of the forces undercutting ice sheets “current numerical models may underestimate future mass losses by at least a factor of 2.”

“I think this is an example that the current projections are conservative,” Rignot continues. “As we peer below we realize these feedbacks are kicking in faster than we thought.”

“A large amount of a glacier’s stability depends on ice at its base,” according to glaciologist Mike Wood, also of UC-Irvine and NASA’s JPL. “Remove it and you destabilize the whole thing, like Achilles’ heel.”

“It is no surprise that the ice on our planet is melting,” said Robin Bell, an expert on the polar ice sheets at Columbia University’s Lamont-Doherty Earth Observatory. “We have turned up the temperature, and just like you can watch an ice cube in your glass melt on a hot summer day, our actions are melting our planet’s ice.”