The 173 Kiloton Explosion that Nobody Noticed 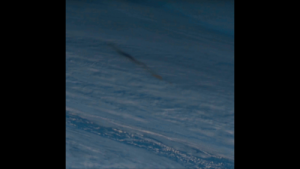 A meteor exploded over the Bering Sea on December 18, 2018, at 11:48 a.m. local time, with a force equivalent to roughly 173 kilotons of TNT, roughly ten times the energy released by the bomb dropped on Hiroshima in 1945. Although there were no reported witnesses to the meteor’s dramatic disintegration, the explosion was recorded by infrasound sensors around the world, and images of the meteor’s colorful trail were recorded by weather satellites.

This meteor, estimated to be roughly 10 meters (32.8 feet) across and traveling at 32 kilometers per second (72,000 mph), exploded off the coast of Russia’s sparsely-populated Kamchatka Peninsula. The object is estimated to have been half the size of the 20-meter (65.6-foot) meteor that exploded over Chelyabinsk, Russia, in 2013; at around 40 percent of the estimated explosive energy of the Chelyabinsk meteor, the Kamchatka explosion is now the second most powerful meteor blast to be recorded this century, and the third largest since the Tunguska event of 1908. However, the meteor exploded at an altitude of 25.6 kilometers (15.9 miles), well above the cloud cover that would have obscured the event to any potential witnesses on the ground.

But despite the lack of Earth-bound witnesses, images of the fiery trail left by the Kamchatka meteor were recorded by Japan’s Himawari 8 and NASA’s Terra satellites, with the resulting dust trail leaving a dramatic shadow on the cloud deck below.

Subscribers, to watch the subscriber version of the video, first log in then click on Dreamland Subscriber-Only Video Podcast link.
2019-03-25
Previous Headline News Post: Researchers Reverse Time in a Quantum Computer
Next Headline News Post: Extensive Flooding in the U.S. This Spring is being Forecast by NOAA