Seneca Guns Prove to be a Real Mystery 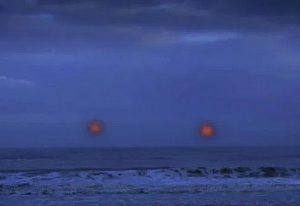 A new study into a form of the mystery boom phenomenon that occurs on the U.S. East Coast called the “Seneca Guns” was presented at the annual meeting of the American Geophysical Union (AGU) in December 2020. Matching recorded seismic data with on-the-ground reports of the enigmatic sounds, the researchers found that true to its name the phenomenon is both made up of booms, and currently remains a mystery.

Taking its name from a similar phenomenon that occurs in the vicinity of upstate New York’s Lake Seneca, North Carolina’s “Seneca Guns” is a mystery boom that has been heard for over 150 years. These booms sound like distant artillery fire, with some of the sounds loud enough to vibrate buildings and rattle windows.

In their search for the source of the enigmatic booms, the research team combed through reports of the phenomenon dating back to 2013 to create a catalog of when and where these sounds had been observed. These accounts were then compared to data collected by the EarthScope Transportable Array, a network of 400 atmospheric sensors and seismographs that was installed in North Carolina between 2013 and 2015, to see if there was a correlation between reports of the booms and the seismic record.

“We wanted to go through local news articles, create a catalog of instances of the Seneca Guns, and then try to verify them with actual seismo-acoustic data,” explained researcher Eli Bird, an undergrad studying geological sciences at the University of North Carolina at Chapel Hill. Although the booms can cause the ground to shake, the occurrences of the sounds reported by the public didn’t match any earthquake activity that would account for them—so where did the booms come from?

“Generally speaking, we believe this is an atmospheric phenomenon—we don’t think it’s coming from seismic activity, we’re assuming it’s propagating through the atmosphere rather than the ground,” according to Bird. “The data I’ve most focused on in this project is infrasound data rather than seismic,” referring to sound that has a frequency below that of human hearing.

The signals in the data that were associated with the guns’ report varied in length between 1 and 10 seconds, with the strongest signals being recorded by the sensors installed near Cape Fear, an area known for numerous reports associated with the phenomenon. Unfortunately, there wasn’t enough data available to allow the researchers to pinpoint the starting location of any of the booms; the team says that to nail down such a location they would ideally require “a dense array located in an area where the signals are most often detected [to] allow for a more extensive analysis,” with a minimum of three sensing stations equipped with a trio of microphones that could be used to triangulate the origin of the sounds.

Although earthquakes have been ruled out as the source of the booms, there are plenty of other theories that could account for the phenomenon, including meteoric bolides that explode when they strike the Earth’s atmosphere; the breaking of very large ocean waves, or even thunderclaps that resound far from shore. “The atmospheric conditions could be such that that gets amplified in a particular direction, or is primarily affecting this localized area,” Bird said.

“Presumably, these are not all the same thing producing the booming sounds,” Bird added, with sonic booms from military aircraft possibly accounting for some instances of the phenomena in modern times, although pre-flight instances would have to have come from an entirely different source.

Subscribers, to watch the subscriber version of the video, first log in then click on Dreamland Subscriber-Only Video Podcast link.
2021-01-08
Previous Headline News Post: The 180-Day Countdown Has Begun for Declassified UFO Report
Next Headline News Post: WHO To Investigate Coronavirus’s Origins, and Reactions to New Vaccines Are ‘Exceedingly Rare’