Senators May Have Been Disturbed by UFO Report 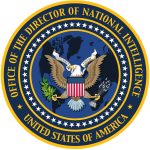 Senate Intelligence Chairman Marco Rubio has tabled a bill that calls for the Director of National Intelligence to produce an unclassified report on what information the U.S. military has gathered regarding UFOs, or what the bill refers to as “Advanced Aerial Threats.” The bill also specifically calls for the report to include information that was gathered by a currently-operating “Unidentified Aerial Phenomenon Task Force” that may be the successor to the Pentagon’s earlier AATIP program.

Included as part of Bill S. 3905, “Intelligence Authorization Act for fiscal year 2021”, the report in question is due to be delivered within 180 days of the passage of the bi-partisan bill. The Act is expected to be approved by both houses, and overall the Act doesn’t seem to be considered controversial by either side of the aisle, according to Politico journalist Bryan Bender.

Although members of both Congress and the Senate have previously received high-level briefings from Pentagon officials on UFOs, the bill appears to be intended to formalize the data collection process across multiple agencies and centralize the information so as to be delivered to the Armed Services and Intelligence committees.

To that end, the bill states that “the Committee finds that the information sharing and coordination across the Intelligence Community has been inconsistent” when it comes to the issue of unidentified aerial phenomena, prompting them to direct the DNI “in consultation with the Secretary of Defense and the heads of such other agencies as the Director and Secretary jointly consider relevant, to submit a report within 180 days of the date of enactment of the Act, to the congressional intelligence and armed services committees on unidentified aerial phenomena (also known as “anomalous aerial vehicles”), including observed airborne objects that have not been identified.”

“The report shall be submitted in unclassified form, but may include a classified annex,” the section concludes, meaning that the report itself, despite being produced for the Armed Services and Intelligence Committees, will be available to the public, although some of the information it refers to may remain classified.

The Act also makes reference to an already-formed, multi-agency “Unidentified Aerial Phenomenon Task Force”, comprised of officers from the Air Force, CIA, DIA, Marine Corps and Navy that operate out of the Office of Naval Intelligence, stating that the Committee supports their efforts “to standardize collection and reporting on unidentified aerial phenomenon, any links they have to adversarial foreign governments, and the threat they pose to U.S. military assets and installations.”

The Act calls for the DNI’s report to provide a “detailed analysis” on UFO information gathered by the Office of Naval Intelligence, including data and intelligence reporting held by the UAP Task Force. It directs the report’s authors to include information from sources such as sonar, satellite, and radar systems. The DNI is also to establish a centralized process headed by a lead author to produce the report, an element that should make it more difficult for various agencies to hide relevant data behind otherwise secretive special access programs. The official charged with collecting this data will also produce future reports on an annual basis.

The Act also directs the report to include “identification of potential aerospace or other threats posed by the unidentified aerial phenomena to national security, and an assessment of whether this unidentified aerial phenomena activity may be attributed to one or more foreign adversaries.” As well as taking names, the report is to provide the “Identification of any incidents or patterns that indicate a potential adversary may have achieved breakthrough aerospace capabilities that could put United States strategic or conventional forces at risk.”

According to political journalist Tom Rogan the “strategic” forces mentioned refer to the U.S.’s nuclear capabilities, specifically the nuclear reactors that power the Navy’s aircraft carriers that are central to their Carrier Strike Groups, and is probably also the reason why the Navy currently appears to be at the forefront of the UFO story. Historically, UFOs have shown an avid interest in nuclear facilities, including nuclear power generating sites.

Subscribers, to watch the subscriber version of the video, first log in then click on Dreamland Subscriber-Only Video Podcast link.
2020-06-26
Previous Headline News Post: China’s Capital Is Fighting to Prevent a Second Wave of Coronavirus Cases
Next Headline News Post: Coronavirus Cases Numbers Surge Across the Majority of U.S. States—and the First Wave Isn’t Even Over Yet