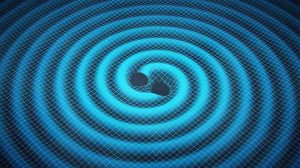 “Gravity waves may not be the communication mode of choice for intelligent beings, but they will eventually give us an entirely new way to study the cosmos…”  –Seth Shostak, Astronomer

A team of scientists has proposed using existing gravitational wave observatories as a method of detecting nearby extraterrestrial craft that might be powered by gravity-based propulsion systems.

As part of their research into developing a practical warp drive—typically referred to nowadays as an Alcubierre drive—scientists with the privately-funded scientific think-tank Applied Physics have proposed using gravity wave observatories like the Laser Interferometer Gravitational-Wave Observatory (LIGO) to detect what they call Rapid And/or Massive Accelerating spacecraft (RAMAcraft) that might utilize gravity manipulation as part of its propulsion system, or simply be a massive craft moving at more conventional speeds.

One of the advantages in attempting to detect such RAMAcraft in this manner is that gravity waves experience attenuation to a far smaller degree than electromagnetic radiation like radio waves or visible light, meaning the signals given off by a gravity-driven vehicle should be stronger than any EM signal being broadcast from or reflected off of the craft, allowing a gravity wave observatory to scan a large volume of space than a traditional EM-based telescope would be capable of.

“Our study of warp drives has paved the way for gravitational wave detection,” explains Applied Physics CEO Gianni Martire. “This new method is not limited to the traditional range of electromagnetic signals; thus we already have the ability to probe all 10^11 stars in the Milky Way for warp drives, and soon, the ability to probe thousands of other galaxies.”

Designed to detect the massive gravitational waves generated as a result of the violent mergers between black holes or neutron stars, LIGO detected its first black hole merger when it was brought online in 2015; capable of detecting gravitational vibrations less than 1/1,000th the width of a proton, LIGO, along with its sister observatory Virgo, has recorded 22 confirmed gravitational events.

Applied Physics’ researchers believe that existing gravity wave observatories could begin the search for RAMAcraft immediately, with no need for modification to detect potential extraterrestrial craft, essentially becoming what they refer to as RAMAcraft Detection And Ranging (RAMADAR) [I’m getting the distinct impression these researchers are Arthur C. Clarke fans – Ed.].

Future observatories, such as the proposed Deci-hertz Interferometer Gravitational wave Observatory (DECIGO) and the Big Bang Observer (BBO), are expected to be 100 times more sensitive than LIGO, allowing such observatories to scan a volume of space a million-fold larger than what could be accomplished today.

“Gravitational wave detection is still in its infancy,” according to Carnegie Mellon University physics Professor Manfred Paulini, a participant in the RAMAcraft proposal. “Future experimental improvements will open the gates for new discoveries.”

Subscribers, to watch the subscriber version of the video, first log in then click on Dreamland Subscriber-Only Video Podcast link.
2022-12-22
Previous Headline News Post: Elon Musk’s Neuralink under Federal Investigation for Alleged Animal Cruelty Violations
Next Headline News Post: We All Might Be Ancient Martians that Survived a Megatsunami