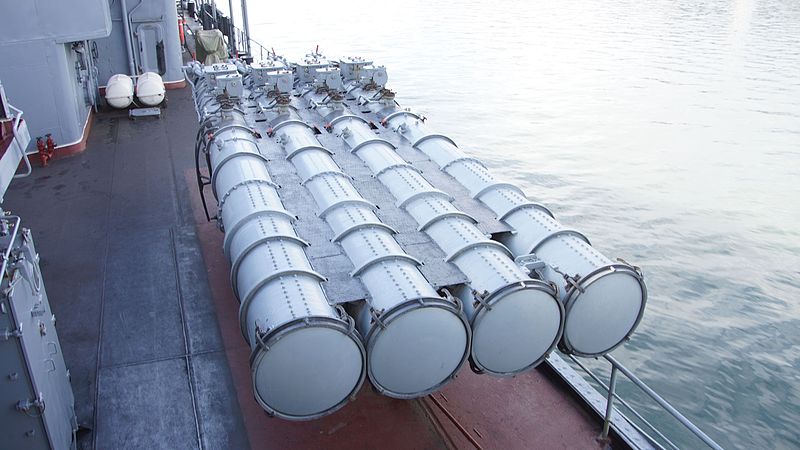 As part of the recent buildup of Russian military forces in the Arctic it has been revealed that the Kremlin is using the situation to continue tests of their nuclear-powered Poseidon 2M39 torpedo, with President Vladimir Putin requesting an update on what was considered a “key stage” of the weapon’s trials in February from defense minister Sergei Shoigu. Although the bus-sized torpedo isn’t expected to be deployed until later in the decade, the autonomous weapon has defense experts in the west concerned about its ability to carry a multi-megaton bomb that could be used to trigger a massive tsunami.

The potential threat posed by Poseidon 2M39 doesn’t come from its speed or 1,000 meter (3,300 foot) diving depth, but rather from two other attributes: the large explosive payload that the torpedo can carry, and its nuclear-powered propulsion system. Conventional torpedoes use engines that are powered by chemical reactions, like the Otto Fuel II used in the US Navy’s Mark 48 torpedo, limiting the weapon’s range to tens of miles; however, with an onboard nuclear power plant the Poseidon 2M39 could have a range of at least 10,000 km (5,400 nautical miles or 6,200 miles), meaning it could conceivably be launched from a port in Russia to strike a distant target, but the torpedo is intended to be launched from specialized “Belgorod” submarines, a modified Oscar II-class sub outfitted with large, six-foot-wide torpedo doors.

The threat posed by this long-range capability would be compounded by the autonomous torpedo’s large payload, estimated to be large enough to carry a multi-megaton bomb; although it would be more practical to mount a warhead capable of only a few megatons, the Poseidon 2M39’s warhead size is only slightly smaller than the 50-58 megaton Tsar Bomba, the largest thermonuclear device ever detonated. Tested as a proof-of-concept weapon by the Soviet Union in 1961, the “King of Bombs” was originally designed to deliver a 100-megaton explosion, but its yield was dialed back shortly before the test to allow the aircrew that dropped the device a better chance of surviving the test.

It’s this payload capacity that has defense experts worried: if set off underwater, such a large explosion could trigger a tsunami, carrying radioactive fallout, that could sweep away a large coastal target, such as a carrier battle group, large naval base or even a major city. A document obtained from the Russian Ministry of Defense described it as being capable of:

“The defeat of the important economic facilities of the enemy in the vicinity of the coast and causing assured unacceptable damage to the country through the establishment of zones of extensive radioactive contamination, unsuitable for implementation in these areas of military, economic, business or other activity for a long time.”

Like the more familiar intercontinental ballistic missiles (ICBM) and their submarine-launched counterparts, the Poseidon 2M39 is likely intended to be a deterrent weapon of last resort, but as the torpedo is effectively an unmanned submarine it is not vulnerable to air-based missile defense systems.

Despite being a master of horror, one of Whitley’s most harrowing works is Warday, a depiction of the devastation caused by a limited nuclear exchange between the US and USSR—and a stark reminder of why such a catastrophe should never be allowed to become reality.

Subscribers, to watch the subscriber version of the video, first log in then click on Dreamland Subscriber-Only Video Podcast link.
2021-04-19
Previous Headline News Post: Verified:  US Navy Footage of UFOs Gets Seal of Authenticity from the Pentagon
Next Headline News Post: A Rare Subtropical Storm Has Formed in the South Atlantic