Release of UFO Documents Would Compromise Us National Security, According to US Navy 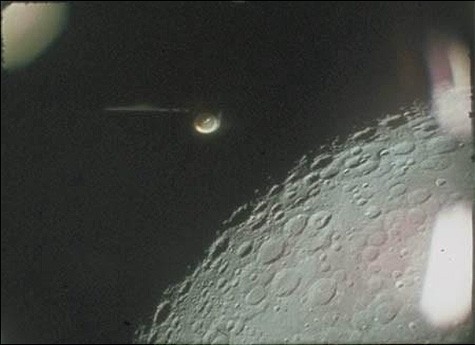 In early December 2019, a Freedom of Information Act (FOIA) request revealed that the US Navy has media in the form of top-secret presentation slides and video regarding the “Tic-Tac” UFO encountered by the Nimitz Carrier Strike Group off of the coast of California in 2004, confirming that the US government is in possession of more evidence regarding the two-week series of encounters. Although the Navy was unable to disclose the contents of the material due to their classification, they did indicate that disclosing the information they contained would cause “exceptionally grave damage to the National Security of the United States.”

The initial FOIA request was made by private researcher Christian Lambright on October 28, 2019, to the US Navy’s (USN) Office of Naval Intelligence (ONI) regarding any releasable material regarding any investigations into the “encounter(s) with Anomalous Aerial Vehicles (AAVs) by personnel involved with the Nimitz Carrier Strike Group (CSG) operations off the western coast of the United States during the period of approximately 10-16 November, 2004,” according to Lambright’s request.

On December 09, 2019, ONI FOIA/PA Coordinator Camille V’Estres responded to Lambright’s request; unfortunately, she stated that “ONI has no releasable records related to your request” according to a search ONI conducted though their records.

However, V’Estres did inform Lambright that they were in possession of “certain briefing slides that are classified TOP SECRET,” with the reasoning for the classification being that “the release of these materials would cause exceptionally grave damage to the National Security of the United States.” Also, she stated that “ONI possesses a video classified SECRET” that had originated from another agency, specifically Naval Air Systems Command (NAVAIR), of whom provides material support for the US Navy’s aircraft and airborne weapon systems. Because these materials—and also their classifications—originated from other agencies, ONI does not have the authority to declassify them for release: this can only be authorized by whoever produced the slides and video.

Presumably, the slides referred to in the letter are regarding an investigation into the Tic-Tac incident, although this is not confirmed by V’Estres; additionally, she does not disclose what agency produced the slides, just that whoever it was had classified them as “TOP SECRET”. The contents of the “SECRET” video are also not disclosed, so although there is speculation that it is the sought-after full-length version of the Tic-Tac FLIR (forward-looking infrared) video—reportedly seen by Petty Officer Gary Voorhis while he was stationed on the USS Princeton—the nature of its contents are as open to speculation as the contents of the briefing slides is.

V’Estres went so far as to list the sections under Executive Order 13526 that were cited for the briefing slides’ TOP SECRET classification, specifically Section 1.4, subcategory c, that states that “the Sources and Methods that are being used to gather information in support of the National Security of the United States.” Basically, this means that releasing the information could compromise the security of the methods and technology that US agencies use to gather intelligence; additionally, V’Estres cited “subcategory e), Scientific and Technological Matters related to the National Security of the United States.”

The implication being made by the ONI here is that is that the material is classified either because of the classified nature of the equipment that was used to record the Tic-Tac UFO, or perhaps another aspect of the training exercise that was being conducted by the Nimitz Carrier Strike Group at the time; indeed, the radar systems used by the USS Princeton to track the Tic-Tac was the ship’s brand new AN/SPY-1B passive radar system—the capabilities of which the Navy would want to keep from the US’s adversaries; additionally, NAVAIR would have an interest in keeping the capabilities of their equipment, such as the FLIR cameras and other sensing equipment, under wraps.

One must bear in mind that the ONI’s admission that they had “no releasable records” regarding the case, this doesn’t necessarily mean that there isn’t more material available, but rather that there might be something in their possession that the office isn’t cleared to release. On the other hand, the wording also doesn’t rule out the possibility that ONI has no further material, although this would appear unlikely, due to the extent of the encounters.

Regardless, whether or not the briefing slides and video were classified because of what they contain or how they were recorded, this FOIA response confirms that the US Navy is in possession of classified material regarding the period of time that coincides with the Nimitz UAP encounters.

Subscribers, to watch the subscriber version of the video, first log in then click on Dreamland Subscriber-Only Video Podcast link.
2020-01-20
Previous Headline News Post: The 2010s Were the Hottest Decade on Record
Next Headline News Post: Dimming Supergiants and Strange Gravity Waves: Is Betelgeuse About to Explode?