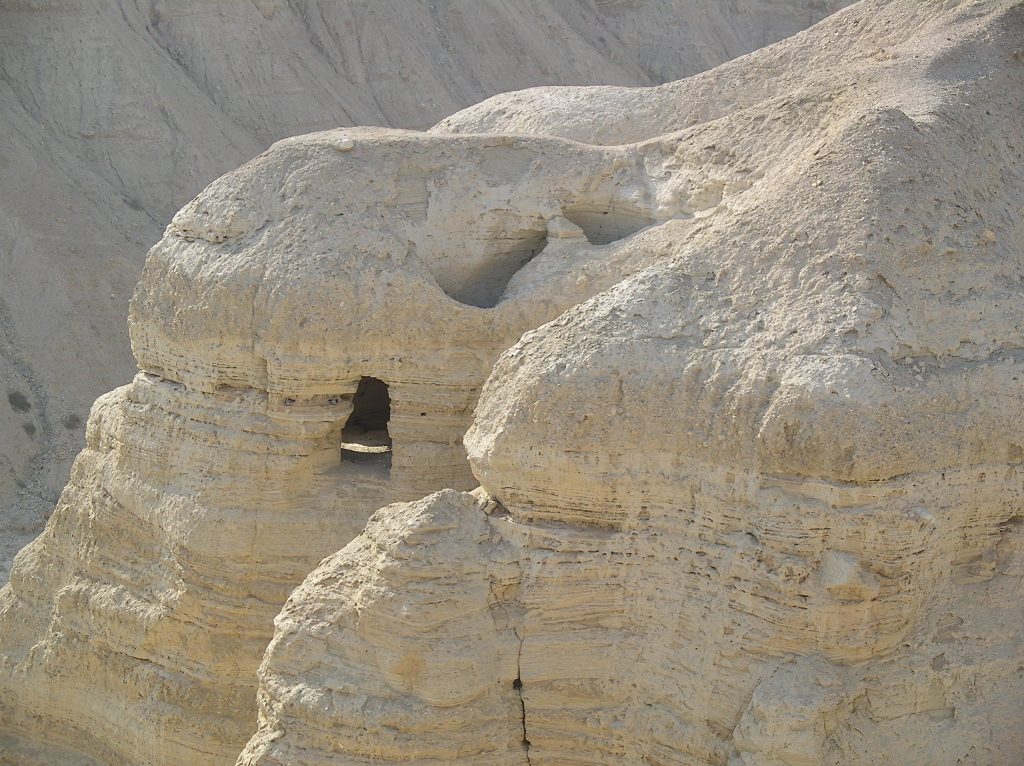 Following daring missions braving the elements and perilous location of the Qumran Caves in Israel, where the Dead Sea Scrolls were first discovered in 1952: archaeologists have discovered approximately eighty  fragments of new text from the seminal work. These are the first new pieces to the ancient religious texts to have been recovered from an archaeological site in 60 years. The discovery could help scholars better understand the Jewish sect known as the Essenes, as well as the evolution of modern religious scripture.

The newfound fragments of parchment contain lines of text from the books of Zechariah and Nahum, printed in Greek writing dated to the 1st century AD. The scrolls that these fragments were originally part of were hidden in what is known as The Cave of Horror—named for the 40 human skeletons discovered there during excavations conducted in the 1960s—sometime during the Bar Kochba Revolt, a Jewish revolt against Roman rule that took place between 132 and 136 AD, during the reign of Emperor Hadrian. The new fragments are unique in that their text appears to vary slightly from the Septuagint, a translation of the Hebrew Bible into Greek made in Egypt in the 3rd and 2nd centuries BC, a product of the evolution of religious scripture of the time.

The broader collection of documents known as the Dead Sea Scrolls were first unearthed during archaeological digs in the Qumran Caves, located near the northern shore of the Dead Sea, during the 1940s and 1950s. The texts, written between the 3rd century BC and 1st century AD, are amongst the oldest surviving manuscripts associated with the Essenes, a Jewish sect residing in the area at that time, and have offered new insights into biblical text and beliefs of the time.

These early documents are vital to the understanding of the evolution and origins of modern religious texts; while we might assume that scripture is set in stone, in reality it evolves over time, shaped by the tides of both politics and spiritual understanding.

“When we think about the biblical text, we think about something very static. It wasn’t static. There are slight differences and some of those differences are important,” explained Joe Uziel, head of the Israel Antiquities Authority’s Dead Sea scrolls unit. “Every little piece of information that we can add, we can understand a little bit better.”

This recent discovery was made as part of a larger operation to recover archaeological artifacts from the caves of the Judean Desert, to reach the valuable sites before they are plundered by private treasure hunters—indeed, many of the previous scrolls were found circulating on the black market. Since the operation was launched in 2017, no artifacts have been poached from the Judean Desert, with the head of the antiquities theft prevention unit, Amir Ganor, calling their efforts a success. “For the first time in 70 years, we were able to pre-empt the plunderers,” Ganor said.

Whitley’s latest book, Jesus: A New Vision, offers a look into life as it was in 1st century Judea, and shines new light on the man—and the miracle—of the historical Jesus.

Subscribers, to watch the subscriber version of the video, first log in then click on Dreamland Subscriber-Only Video Podcast link.
2021-03-20
Previous Headline News Post: According to a UN Report; the World is Experiencing the Beginnings of a Climate Crisis
Next Headline News Post: Former Director of National Intelligence Confirms UFO Sightings by US Military, More to Come in Unclassified Report