The country of Brazil is experiencing a record number of wildfires, up 83 percent over than last year, centered in the Amazon, the world’s largest rainforest and a crucial natural carbon sink in the fight against global warming. The fires are being attributed to rampant land clearing for agricultural and logging purposes, encouraged by the Brazilian government’s policy of promoting industrial growth at the expense of one of the world’s most crucial environments.

The extent of the wildfires was first revealed by Brazil’s National Institute for Space Research (Instituto Nacional de Pesquisas Espaciais, or INPE) in July; the INPE has charted at least 75,336 wildfires between January and August 23 of this year, with over 9,500 fires having started since mid-August. In Brazil alone, the fires are affecting at least four states, and two of them—Amazonas and Acre—are under states of emergency due to the extent of the blazes. 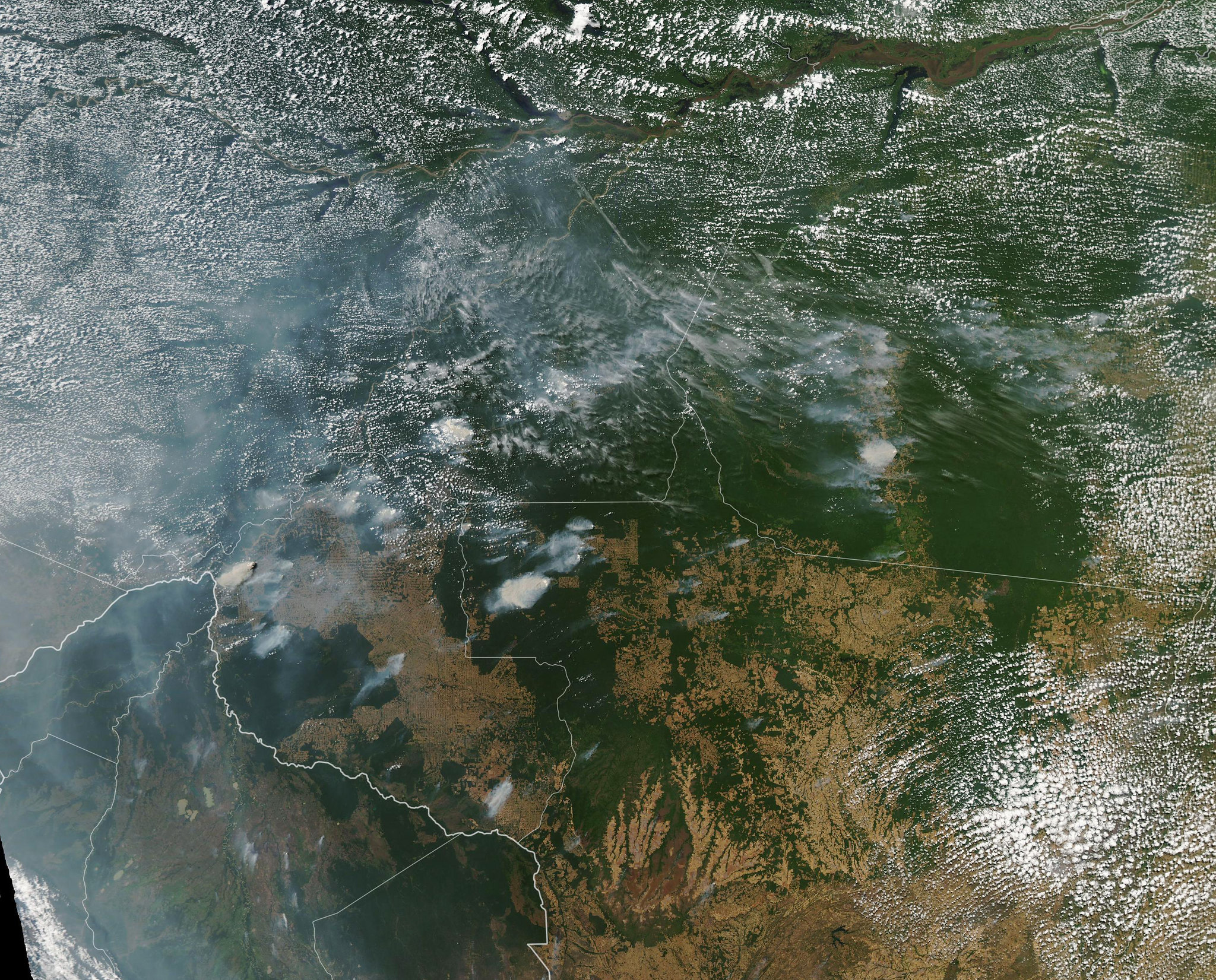 Slash-and-burn land clearing practices for agricultural use are being blamed for starting the fires, a controversial practice that saw increased use following Brazilian far-right president Jair Bolsonaro’s support for industrial growth in the Amazon rainforest and distain for the indigenous populations living there; indeed, Bolsonaro has been accused of creating the conditions that contributed to the fires. Global condemnation from world leaders over his lack of concern over the crisis has since forced Bolsonaro to pledge to mobilize the Brazilian military to combat the fires.

“At the moment, if you burn the forest, you are backed up by a president and then you do exactly as you want to do because you know nothing will happen to you,” explains Greenpeace Amazon campaigner Olivier Salge, in regards to how many agricultural and logging companies have been reacting to Bolsonaro’s anti-environmental policies. “We have seen statistically that when there is law enforcement, fires and deforestation go down. When it isn’t there, they go up.”

For once, the effects of climate change do not appear to be the cause behind these wildfires, as has been the case in other areas around the world, including the Arctic. “There is nothing abnormal about the climate this year or the rainfall in the Amazon region, which is just a little below average,” explains INPE researcher Alberto Setzer. Although the Amazon is currently in its dry season, this simply “creates the favorable conditions for the use and spread of fire, but starting a fire is the work of humans, either deliberately or by accident,” according to Setzer.

Rampant wildfires aren’t just a problem in Brazil, but are also plaguing neighboring countries: Bolivia has suffered more than 17,400 fires so far this year; Paraguay, to the south of Brazil, has had just under 10,000; and Colombia has seen 14,000 fires. Venezuela has experienced its second-highest number of fires this year, 26,500—one-third of Brazil’s total number of fires.

To illustrate the effect these massive fires have on the air over the Amazon Basin, NASA has released a map of the release of toxic carbon monoxide gas that is gathering in the atmosphere, a time-lapse animation depicting the conditions between August 8 through 22 at an altitude of 5,500 meters (18,000 feet).

Subscribers, to watch the subscriber version of the video, first log in then click on Dreamland Subscriber-Only Video Podcast link.
2019-08-26
Previous Headline News Post: Nessie Spotted for the 14th Time This Year… This Time from Hong Kong!
Next Headline News Post: Russian Nuclear Accident Involved a Nuclear Reactor, According to Experts