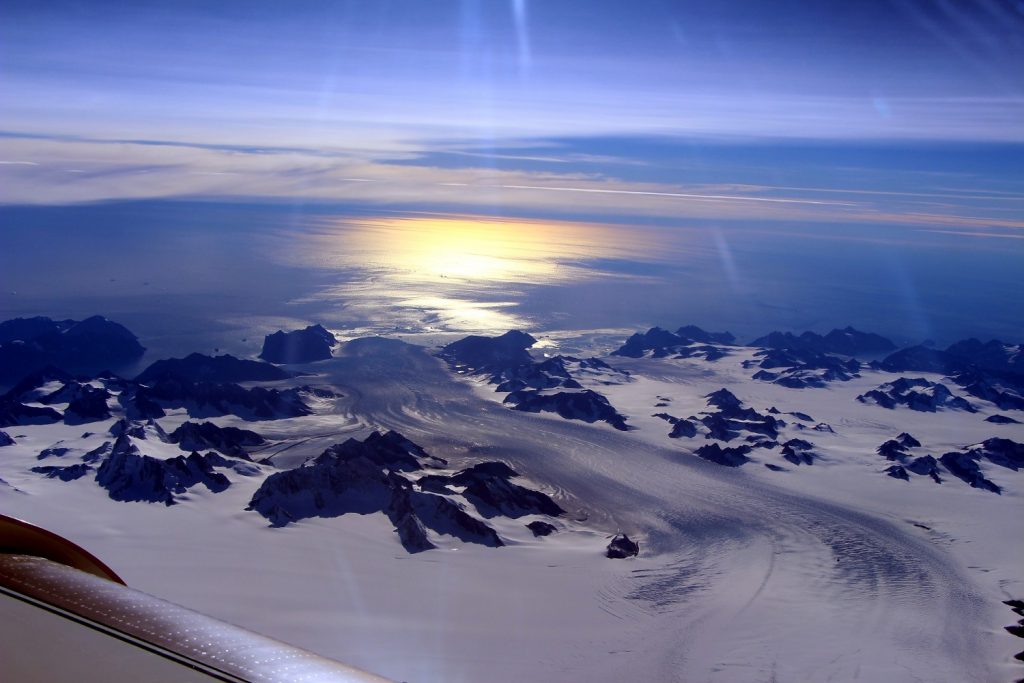 For the first time in recorded history rain has fallen at Greenland’s Summit Camp, lasting several hours, this event melted more than a third of a million square miles of ice in one day.

At 5:00 AM local time on August 14, the temperature at Summit Camp, at an elevation of 3,216 meters (10,551 feet) in the heart of the Greenland ice sheet, temperatures rose above freezing at the same time the rain started to fall. Temperatures peaked at 0.48°C (32.9°F) at 8:40 AM, and didn’t drop back to freezing until 2:20 PM; it was at this time the falling rain began to form “thin sheets of ice crystals” as it froze into the snow, according to NOAA’s National Snow and Ice Data Center.

Temperatures above freezing have been recorded in the region only three times previously, in 1995, 2012 and 2019, but no rainfall accompanied those past events. Liquid precipitation requires a mass of warm, moist air to have been pushed up from lower latitudes, a phenomenon “that is happening more frequently with climate change, and it’s bad for the ice sheet,” according to William Colgan, a senior researcher with the Geological Survey of Denmark and Greenland. The Survey is in charge of three weather stations at the summit, but the facilities lack rainfall gauges—there was never a need for them before now—so there is no direct measurement of the amount of rain that fell.

August 14’s melt rate was seven times higher than the mid-August average, and during this time of year meltwater collects, and sits on the surface of the glaciers. “At this point in the season, large areas of bare ice exist along much of the southwestern and northern coastal areas, with no ability to absorb the melt or rainfall,” according to Colgan’s team’s report. “Therefore, the accumulated water on the surface flows downhill and eventually into the ocean,” instead of sinking into the ice where it could be shielded from the sun.

Subscribers, to watch the subscriber version of the video, first log in then click on Dreamland Subscriber-Only Video Podcast link.
2021-08-28
Previous Headline News Post: The Pentagon’s UAP Task Force Has Its Mission Formalized, and Is Ordered To Deliver Quarterly UFO Reports
Next Headline News Post: Former Intelligence Officer Announces a Scientific Expedition to Secret Alien Base