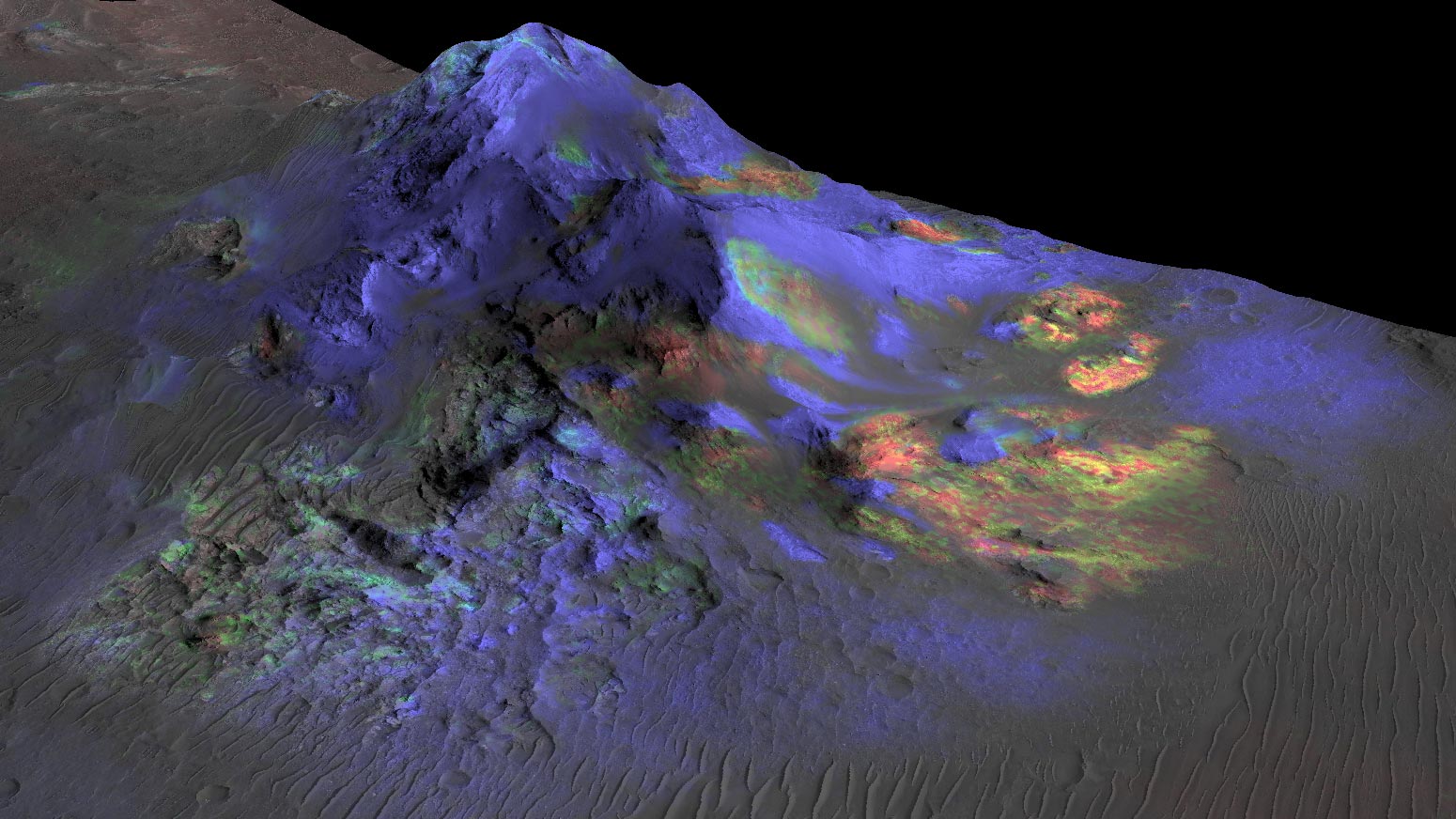 NASA’s Curiosity Rover has detected an organic molecule in Mars’ Gale Crater that is typically associated with fossil fuels and fungi on Earth, another potential sign that life once existed—or continues to exist—somewhere on or in the Red Planet. Additionally, the agency’s Mars Reconnaissance Orbiter returned a picture of an unusual hole in the surface of the planet that could serve as a comfortable home to any Martian lifeforms that might still be around today.

Combing though Curiosity’s data for potential signs of life on Mars, astrobiologists at Washington State University and Germany’s Technische Universität found the signature of a chemical called thiophene amongst the rover’s numbers. Thiophene is a substance found in natural coal and oil deposits, and is also produced by white truffles, a subterranian mushroom-like fungus that is prized as a delicacy in many parts of Europe.

Although there is the possibility that the thiophene encountered by Curiosity wasn’t produced biologically, Washington University astrobiologist Dirk Schulze-Makuch is hopeful that the chemical was produced either by now-fossilized organisms, as it is in the case of petroleum products on Earth, or by present-day microbes.

“We identified several biological pathways for thiophenes that seem more likely than chemical ones, but we still need proof,” Schulze-Makuch explains. “If you find thiophenes on Earth, then you would think they are biological, but on Mars, of course, the bar to prove that has to be quite a bit higher.”

This find might very well be close to clearing that bar, as Schulze-Makuch and his German partner, Jacob Heinz, have found that the isotopes of carbon and sulfur in the thiophene (C₄H₄S) occur in ratios that suggest that they were arranged by a biological organism. “Organisms are ‘lazy’, according to Schulze-Makuch. “They would rather use the light isotope variations of the element because it costs them less energy.”

If the thiophene was produced by a present-day organism, NASA may have found a suitable burrow for it to dwell in. While sorting through photos taken by Mars Reconnaissance Orbiter in 2011, NASA scientists Robert Nemiroff and Jerry Bonnell discovered an oddly-shaped hole on the slopes of Mars’ Pavonis Mons volcano that appears to be 35 meters across by 20 meters deep (115′ by 65.6′), that could potentially protect Martian lifeforms from the elements.

“Holes such as this are of particular interest because their interior caves are relatively protected from the harsh surface of Mars, making them relatively good candidates to contain Martian life,” the editors posted on NASA’s website, along with the photo.

The hole is surrounded by a circular depression, an unexplained feature according to the post—might it be a sinkhole caused by the collapse of a cave created long ago by an ancient lava flow beneath the surface? Although it won’t be landing anywhere near Gale Crater or Pavonis Mons, the Rosalind Franklin rover, armed with the Mars Organic Molecule Analyzer (MOMA), might uncover more clues regarding potential life on the Martian surface. The rover is scheduled to launch this July, with the Russian lander Kazachok (Little Cossack) aiming to deliver the rover to an ancient seabed at Oxia Planum in March 2021.

Subscribers, to watch the subscriber version of the video, first log in then click on Dreamland Subscriber-Only Video Podcast link.
2020-03-11
Previous Headline News Post: Spread of the Coronavirus Increases Outside of China, Along With Misinformation Regarding the Disease
Next Headline News Post: Aircraft Contrails Just Need a Little Altitude Adjustment to Improve Their Impact on Global Warming