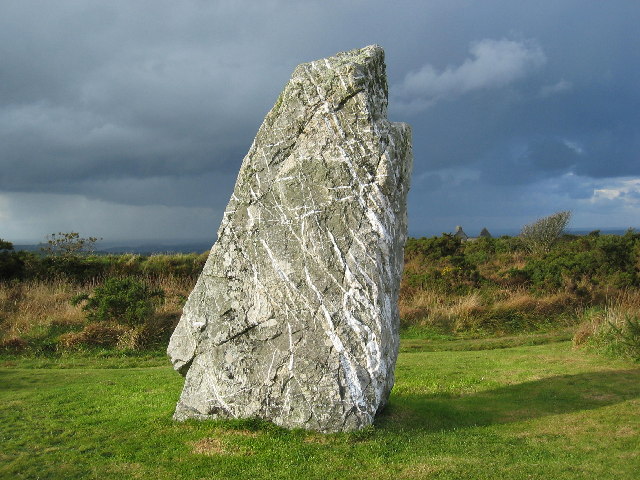 While the mysterious object in Utah may have disappeared, the phenomenon of metallic monoliths popping up—then vanishing again—seems to be a growing trend, with the strange phenomenon now occurring in Romania and California. While the origins of the mysterious monuments remain shrouded in, well, mystery, one thing is known for certain: they’re here…

The monolith that appeared sometime between 2015 and 2016 in a red sandstone slot canyon in northern San Juan County, Utah, was demolished and removed by a group of four individuals at around 8:40 pm on November 27, as witnessed by hikers that were visiting the odd attraction.

“It must have been 10 or 15 minutes at most for them to knock over the monolith and pull it out,” according to Michael James Newlands, a pilgrim to the site that witnessed the removal of the obelisk. “We didn’t know who they were, and we were not going to do anything to stop them. They just came in there to execute and they were like, ‘This is our mission.'” While it is unclear as to whether or not the demolition team was responsible for installing the monolith to begin with, it seems unlikely that they were the originators of the object, as one of them is reported to have said “This is why you don’t leave trash in the desert” as the group left the scene.

A second metal monolith had been discovered on the same day as its Utah counterpart’s removal, this time on Romania’s Bâtca Doamnei Hill in the city of Piatra Neamț, near the Petrodava Dacian Fortress. Similar in size and shape to the Utah object, the steel panels of the Romanian monolith were welded together (rivets were used on the Utah object’s aluminum plates), with the surface burnished with numerous swirls. Four days later, the monolith disappeared from the site.

“The 2.8 metre (9ft) tall structure disappeared overnight as quietly as it was erected last week,” according to journalist Robert Iosub. Iosub said that according to local reports “an unidentified person, apparently a bad local welder, made it… now all that remains is just a small hole covered by rocky soil.”

On December 2 a third monolith was found at the top of Pine Mountain in Atascadero, California. Visitors to the site report it as being similar in height to its predecessors, but the three stainless steel panels that form the pillar appear to be somewhat slimmer than those reported on the Utah object. Also, unlike the other two, the Atascadero obelisk isn’t embedded into the ground, and doesn’t appear to have a top plate to enclose its structure, leaving the 200-lb object at risk of toppling over.

The origin of each of the obelisks remains unknown. They appear similar to earlier works made by minimalist artist John McCracken; however, McCracken died in 2011, meaning that if these objects were made by him the Utah monolith had been installed by someone else a half-decade after his death. The variation in materials, construction methods and apparent visual styles implies that each object was constructed by different people, although there is currently no way to determine whether or not the Romanian and Californian monoliths are the works of copycat artists, or if all three are part of a coordinated group of individuals present in different parts of the world.

If the pattern established by the first two objects continues, the Atascadero obelisk will likely disappear in short order. But will it be the last of the enigmatic monoliths to tantalize us with the mystery behind where they come from… or why they’re here?

Subscribers, to watch the subscriber version of the video, first log in then click on Dreamland Subscriber-Only Video Podcast link.
2020-12-04
Previous Headline News Post: Chronic COVID-19 Symptoms Haunt “Long-Haulers” Who Had Previously Recovered from the Disease
Next Headline News Post: An 8-Mile-Long Complex of Ice-Age Rock Art Has Been Discovered in Columbia