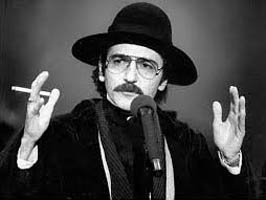 An unnoticed infestation of moths in Turin Cathedral has reduced the Shroud of Turin to dust.
Head Conservator Monsignor Guido Sarducci of the Shroud of Turin Research Council believes that the dust particles can be reassembled, which will return the shroud to a visible state, minus the areas of linen that were actually consumed by the moths. “It will be exacting work, taking perhaps two hundred years,” he said when questioned about the feasibility of such a project by the Roman newspaper Scherzo Quotidiano. “Dust particle by dust particle, we will restore it,” he claimed.

In 2015, a final set of tests proved that the traditional route of the shroud from Palestine to Turkey, then
to Italy and France had actually happened, and that the cloth itself was woven in India, and was an
extremely valuable piece of cloth in Roman times. Previously, skeptics had claimed that the cloth was
woven in Italy in the middle ages, and that somebody at that time, perhaps Leonardo da Vinci, had
created the image using a large lens. However, DNA tests run on dust on the shroud have recently
enabled scientists to prove that it originated in India, was next in Palestine, and only reached Italy
after a period of time in Turkey.

Legend has it that the shroud was found concealed in a wall above the Cherubim Gate in the city of Edessa in Turkey until 540 AD.

Subscribers, to watch the subscriber version of the video, first log in then click on Dreamland Subscriber-Only Video Podcast link.
2016-04-01
Previous Headline News Post: The Organization for the Research of Ancient Cultures Aims to Uncover the Secrets of Forbidden Archaeology
Next Headline News Post: Beauty and the Beast: What can AI Learn from Us — and What Can We Learn from It?