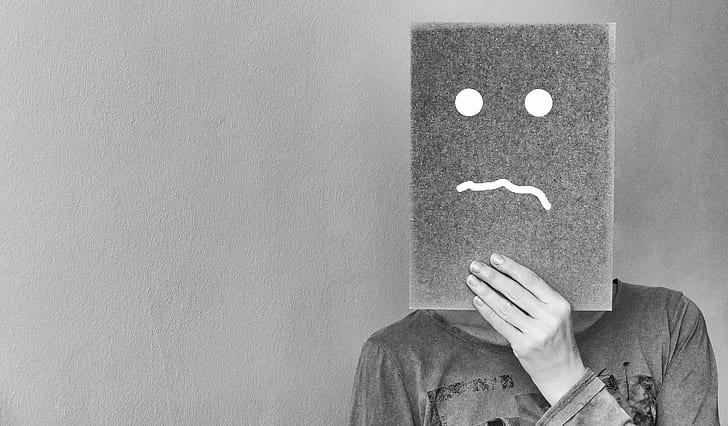 A new study has found that 1 in 5 survivors of COVID-19 develop mental illness within 90 days of contracting the disease, with patients being diagnosed with severe mood disorders, even in individuals that had no prior history of these conditions. Other neurological effects have included vivid hallucinations, even amongst patients that showed no other symptoms typical to the disease.

The study, conducted by researchers with Oxford University in England, analyzed the electronic health records of 69 million people in the United States, including more than 62,000 cases of COVID-19. They found that 20 percent of COVID-19 patients were recorded as having a first time diagnosis of anxiety, depression or insomnia in the three months following testing positive for the disease; this was about twice as likely as for other groups of patients in the same period.

“People have been worried that COVID-19 survivors will be at greater risk of mental health problems, and our findings… show this to be likely,” said Paul Harrison, a professor of psychiatry at Oxford. “(Health) services need to be ready to provide care, especially since our results are likely to be underestimates (of the number of psychiatric patients).”

Another study conducted by the Northwestern Medicine health system showed that up to one-third of hospitalized patients displayed “altered mental function” that included phenomena such as confusion, delusions and unresponsiveness.

But the neurological effects don’t appear to be confined just to mood disorders, with some patients reporting vivid hallucinations as part of their symptoms. A doctor diagnosed with COVID-19 in Oklahoma that was admitted to the ICU had hallucinations accompanying his fever and muscle pain, including “birds flying in my room,” according to the patient, Dr. Michael Ward. “I remember petting my dog and I remember having people visit me who are no longer living.”

One woman in Toronto, Canada, tested positive for COVID-19 and was hospitalized when she became delirious; despite showing no other physical symptoms, she had vivid hallucinations, including the presence of small animals in her hospital room, and imagined that she’d been discharged and was enjoying a meal in the city’s Chinatown neighborhood.

The precise cause of these neurological effects is not currently understood, although there are theories that try to explain the effects: some patients with severe symptoms “may have a little brain damage from chronically low levels of oxygen going to the brain, due to COVID causing the lungs not to oxygenate the blood as well,” according to Pravin George, a staff neurointensivist at Cleveland Clinic. “It could also be that COVID itself is attacking the brain directly in certain patients.”

There might be other causes as well, and there may be no single source behind the neurological effects. Steroids used to reduce inflammation have been known to cause hallucinations, and the virus itself could be affecting the brain, by triggering inflammation in the areas that produce the visions or mood disorders. The flood of cytokines produced by a COVID-19 infection could also affect the patient’s brain, where “the immune cascade or cytokine storm behind COVID may play a role in triggering a variety of mental health problems,” according to psychiatrist Stephen Ferrando, M.D., director and chair of the Department of Psychiatry at Westchester Medical Center in Valhalla, New York.

One theory behind COVID-19’s myriad symptoms is the bradykinin hypothesis, one that proposes that the coronavirus hijacks the body’s systems and produces high levels of a blood pressure-regulating chemical called bradykinin. Bradykinin itself causes inflammation, and at high levels can cause a whole host of problems, for instance causing blood vessels to leak, allowing fluid buildup and immune cell intrusion into the lungs, cardiac damage—and a breakdown in the blood-brain barrier, the filter that typically separates the brain’s cells and the blood that supplies it, allowing harmful pathogens to attack the brain’s neurons

“It is a reasonable hypothesis that many of the neurological symptoms in Covid-19 could be due to an excess of bradykinin,” according to Dr. Daniel Jacobson, chief scientist for computational systems biology at Oak Ridge National Lab in Tennessee. Jacobson’s team has run high-level computer simulations on the genetics of SARS-CoV-2 that pointed to the bradykinin hypothesis as being behind COVID-19’s woes. “It has been reported that bradykinin would indeed be likely to increase the permeability of the blood-brain barrier. In addition, similar neurological symptoms have been observed in other diseases that result from an excess of bradykinin.”

Subscribers, to watch the subscriber version of the video, first log in then click on Dreamland Subscriber-Only Video Podcast link.
2020-11-18
Previous Headline News Post: As the Universe Expands It May Be… Heating Up?
Next Headline News Post: Arecibo Observatory’s Iconic Main Dish Is Slated for Demolition